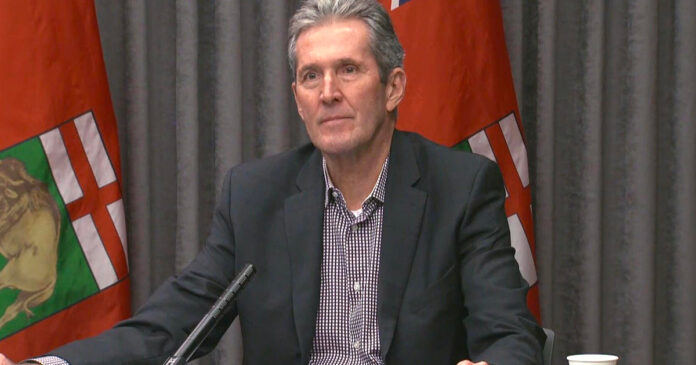 A Winnipeg man claims he received a fine of $298 for not wearing a mask outdoors despite masks only being mandatory in indoor spaces.

Robert McCaughan was standing outdoors drinking coffee with a coworker when a bylaw enforcement officer approached the pair and ticketed them for allegedly violating coronavirus restrictions.

“Within one minute she comes out of her car telling us we’re in violation of code red restrictions and we’re not wearing masks or within six feet of each other.”

McCaughan, a 23-year-old electrician, was ticketed despite apparently not breaking any actual rules. Code Red restrictions in Manitoba only require masks indoors.

“I ended up with a $300 ticket for standing outside drinking a coffee,” he told CTV news.

“For a person like me who follows all the rules to get dinged with a $300 ticket right before Christmas… It’s ridiculous,” said McCaughan.

Since the beginning of the pandemic, authorities in Manitoba have issued $683,000 in fines, with $181,574 of that occurring in the last week of November alone.

When asked about the incident on Wednesday, chief provincial public officer Dr. Brent Roussin refused to comment, but clearly stated that the mask mandate is for indoor settings only.