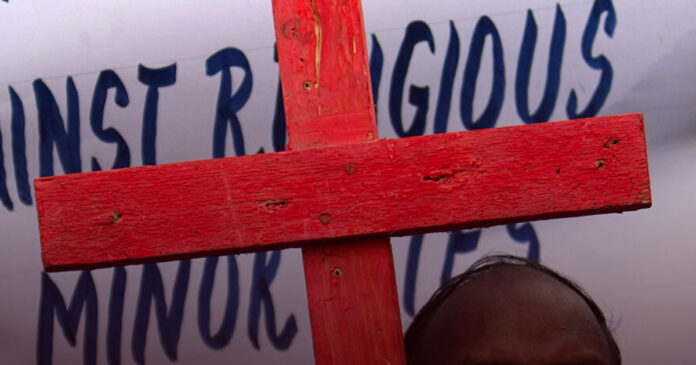 A Christian woman in Pakistan has reportedly been murdered after she rejected a marriage proposal from a Muslim man.

According to the Pakistani Express Tribune, the woman, known only as Sonia, was shot dead on her way home from work at a factory in Rawalpindi.

The accused Muhammad Shehzad allegedly harassed Sonia to marry him and convert to Islam for months. Police believe Shehzad decided to murder Sonia after her parents also rejected the marriage proposal.

“Since she was a committed Christian, she did not betray Jesus and sacrificed her life for her faith. We are being harassed and pressurized to withdraw the case against culprits. However, I want culprits brought to justice.”

Despite police releasing a report of the investigation, no charges have yet been laid and the accused remains free.

Open Doors USA ranks Pakistan as the fifth most dangerous country for Christians to live. Christians often live segregated from the rest of society and in abject poverty. Christian women in particular have been the subject of high-profile persecution in recent years.

In 2009, Asia Bibi was charged with blasphemy based off of unfounded accusations by her Muslim neighbours. That same year she was sentenced to death. In 2018, the Pakistan Supreme Court acquitted Bibi. Her acquittal led to intense riots and violence which killed two political figures who supported her.

Maira Shahbaz, a 14-year-old Christian girl, was kidnapped in April of this year. Her abductors forced her to convert to Islam and marry a 44-year-old man.

Shahbaz has been in hiding since a Pakistani court ordered her to return to her husband in August. Despite being too young and a cleric claiming the marriage certificate was forged, the court still ruled that the marriage was valid.