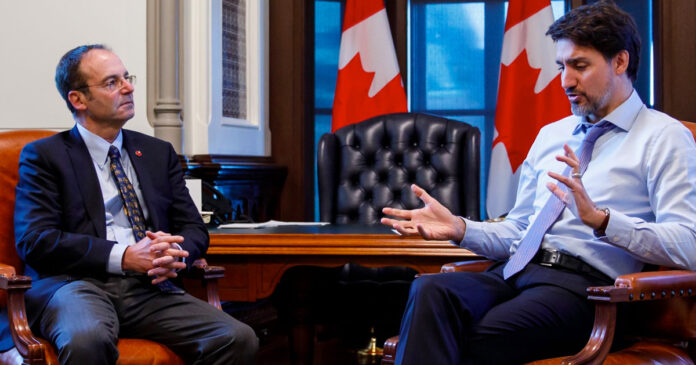 The Trudeau government’s representative in the Senate says the carbon tax will keep rising in future until carbon emission targets are met.

Speaking during question period, Senator Marc Gold said the carbon tax hike is the best way to protect the environment.

“Yes, there is an increase in the price on pollution,” he said.

“It’s a serious one, and this price will increase regularly until we reach our targets. It’s the most efficient way, the most effective way to fight climate change.”

According to Blacklock’s Reporter, Gold had told the Senate in February that the carbon tax would not increase, assuring Canadians that the Trudeau government had committed not to hike.

In a year where Canada is faced with unprecedented unemployment and economic disruptions, the Trudeau government said a carbon tax hike was needed to meet the carbon emissions targets set out by the Paris Climate Agreement.

Along with the hikes, the government is moving forward with a second carbon tax in the form of the Clean Fuel Standard. Once passed, the second carbon tax will cost fuel producers between $150 and $180 per tonne.