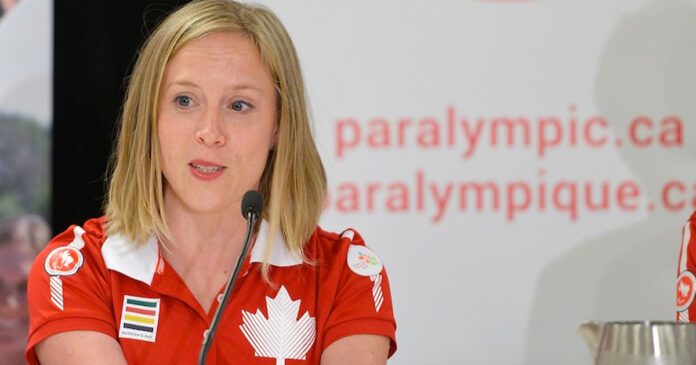 A Vancouver Paralympic athlete was allegedly kicked out of a local Indigo Chapters and was threatened to have the police called on her after she entered the store without a mask.

Elisabeth Walker-Young has a medical disability where she was born without any hands, preventing her from donning masks.

When Walker-Young attempted to explain her mask-wearing exemption to bookstore staff, she was denied entry to the location.

“When I am out with my daughter or my husband, they will help me put on a mask. But when I am out in the world independently, I just can’t do it,” said Walker-Young about the incident.

“It’s just not fair. I am not an anti-masker. I actually don’t go out often because I am trying not to make people feel uncomfortable, which is an awful way to navigate the world.”

A week prior to the incident, another Indigo Chapters location in British Columbia turned away an autistic child from their store premises after he was unable to wear a face covering.

The incident resulted in a Human Rights complaint filed by the mother Tina Chiao.

“He doesn’t read or write. He doesn’t have the ability to use a computer. He doesn’t understand the concept of online shopping,” Chiao said.

“It was really unfortunate and made us very angry about the situation.”

Despite the two incidents, Indigo has since stood by it’s mask policies.

“In making the decision to update our mask policy, we’ve been mindful of our legal obligations, especially those relating to customer human rights. At Indigo, we deeply respect the rights and distinct needs of each of our customers,” wrote Indigo in an email.