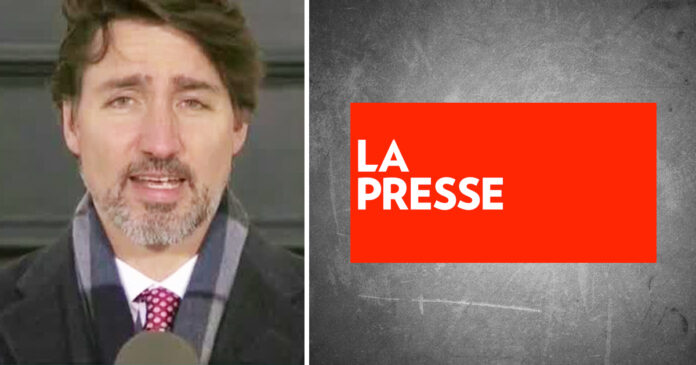 The federal government has designated the Montreal newspaper La Presse as the first publication in Canada to be considered a “qualified Canadian journalism organization (QCJO).”

Under the Liberals’ $595 million media bailout plan, media outlets hoping to get access to federal subsidies must be approved by the federal government.

Newspapers eligible for the subsidy will receive a 15% tax credit on digital subscriptions, as well as a 25% payroll write off for employees maxing at $13,750 per person.

Critics of the government media bailout have accused the Liberals of using the allure of taxpayer funding in return for positive media coverage.

According to an earlier report, the five-member Independent Advisory Board on Eligibility for Journalism Tax Measures, which oversees the distribution of the funds, has a history of anti-Conservative bias.

Two out of five members have made critical statements against the Conservatives in the past, including journalism professor Karim Karim who accused former prime minister Stephen Harper of spreading “hate.”

“I am not a member of the Liberal Party…but I’m watching new Liberal leader Justin Trudeau these days as he goes up against Team Harper, and I have to admit that I wish him well. I need him to stand up to the bullies,” wrote Goodhand in the Winnipeg Free Press.

“Canadian politics needs to take a new tack, Trudeau has the power and the momentum right now to show us the way.”

“This is quite unfortunate”: Elections Canada bureaucrats scramble after Trump retweet