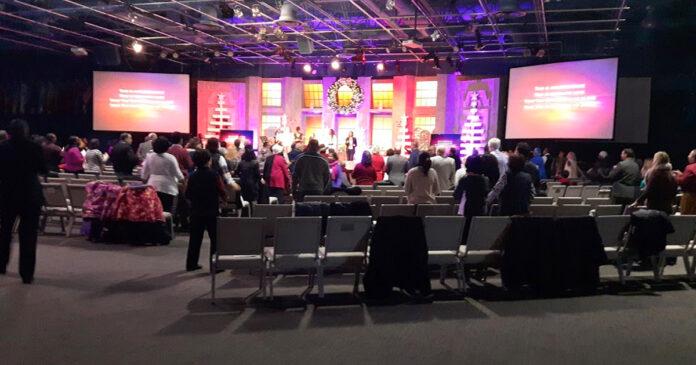 The Ontario Superior Court heard arguments in an injunction hearing on a legal challenge to Ontario’s lockdown on religious worship Friday.

The case was brought by the Toronto International Celebration Church, which is seeking an injunction against Ontario’s limit on church attendance in coronavirus “grey zones,” or regions under lockdown.

In grey zones, religious services are limited to just ten attendees regardless of the size of the venue. Toronto International Celebration Church has capacity to hold one thousand worshippers.

The lawyer added that under the current restrictions, a movie studio could rent out a church and film a fake service with paid actors, but an actual church service with real attendees could not take place.

“Christmas is an extremely significant time for Christians to celebrate, and the government cannot arbitrarily come in and cancel Christmas for thousands of people,” said litigation director Christine Van Geyn in a statement.

“The right to freedom of religion is one of our oldest and most fundamental rights, and the limits the government has imposed are not rational or justified.”