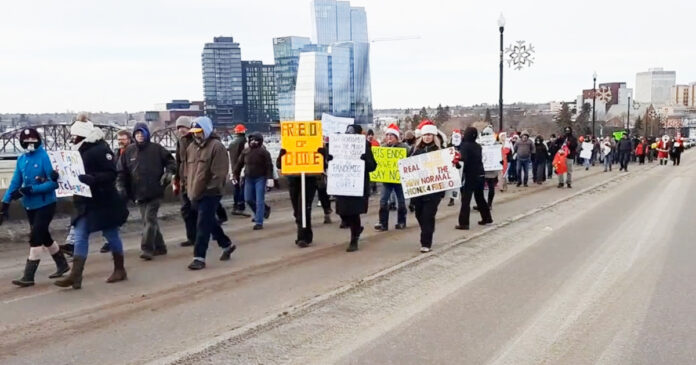 If you paid attention to only the mainstream media, you could be forgiven for thinking the Christmas Freedom Rally in Saskatoon was just a big “anti-mask rally”. But was this actually the case?

Mattea Merta attended the rally and spoke with the Canadians in attendance to get a better understanding of what they were protesting and why.

Mattea says the protesters believe they are standing up for all Canadians’ freedoms – and that’s something the mainstream media refuse to cover.