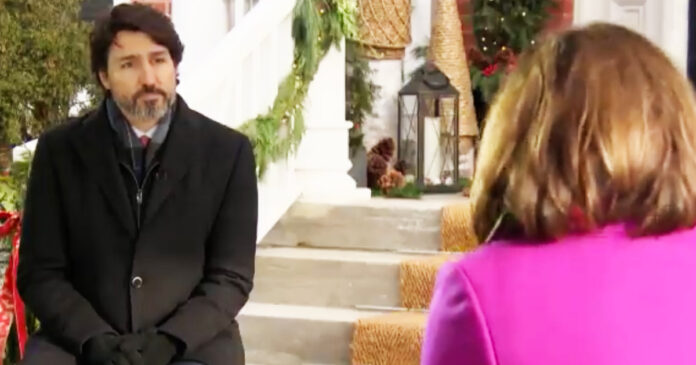 Despite being entangled in his third ethics investigation, Prime Minister Justin Trudeau believes his decision to give WE Charity a multi-million dollar contract was not a conflict of interest – and merely a “communications and optics challenge.”

“There was absolutely no conflict of interest. Yes, there are connections, but there was no conflict here. There was no profiting from this situation,” said Trudeau during a year-end interview with CBC’s Rosemary Barton.

Trudeau said the biggest problem with the situation regarding the scandal was the “optics.”

While Trudeau agreed the situation “looks bad” because members of his family were paid millions by WE, Trudeau claims he was unable to see past the need to help students. He says the grant awarded to WE would have supported young people across Canada.

Earlier this year, critics accused of cronyism in his decision to pick WE to oversee a $900 million federal student service grant.  Several members of Trudeau’s family, including his wife, mother and brother, have benefited financially from close ties to the charity.

During their testimonies before the Standing Committee on Finance, the founders of WE Marc and Craig Kielburger revealed that Trudeau’s mother Margaret Trudeau was paid $479,944 for WE speaking engagements.

The scandal also resulted in the resignation of then-Finance Minister Bill Morneau and the closing down of WE’s operations in Canada.

In his interview with CBC, Trudeau denied the departure of Morneau having anything to do with being at odds over policy or the WE scandal.

The Conservatives have repeatedly accused the Prime Minister of a massive cover-up.

In October, committee meetings dragged on for hours as Liberal MPs filibuster opposition efforts to reopen investigations into the scandal.