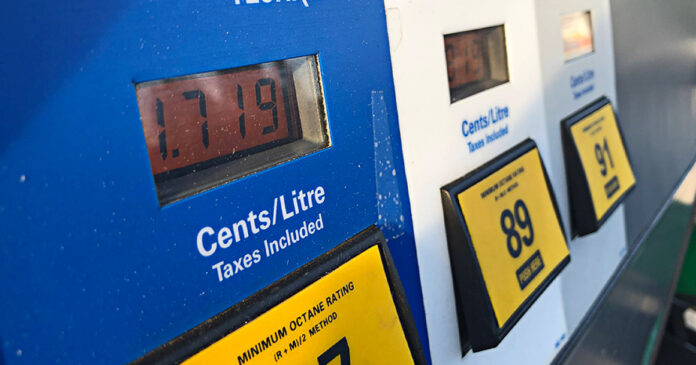 According to Blacklock’s Reporter, the Trudeau government’s second carbon tax could increase the cost of gasoline by 50 cents by the year 2030.

The government’s recently unveiled Clean Fuel Standard aims to reduce the carbon content of liquid fuels — including those used in transportation and heating homes.

The Canadians for Affordable Energy (CAE) is raising the alarm about the potential harm such an increase would have on low and middle-income households.

“This is extremely cruel. It’s a real mess and it’s completely self-inflicted. I have been in government, and I have never seen a government inflict this kind of cost on consumers,” said CAE President Dan McTeague, who is also a former Liberal MP and parliamentary secretary for foreign affairs.

“This is a bad day for consumers. They just got hit with a hammer. This will have a cascading effect on costs that will impact everybody.”

The new regulations which require the ethanol content to increase from the current rate of 5% to 13%, are expected to take effect in 2022 with further proposed hikes over a seven-year period.

A notice by the Department of Environment even acknowledged the fact that the hike would disproportionately impact ordinary households and those currently struggling with “energy poverty.”

“These impacts will not be distributed evenly,” claimed the Department of Environment notice.

“[An increase] would disproportionately impact lower and middle income households.”

Earlier this month, Prime Minister Justin Trudeau unveiled an increase to the federally imposed carbon tax scheme. Under the latest hikes, Canadians can expect the carbon tax to reach $170 a tonne by the year 2030 with $15 a year spikes each year until it hits that target.

In an interview with True North for the four-part documentary series Green Hypocrisy, Canadian Taxpayers Federation Federal Director Aaron Wudrick told Candice Malcolm that the carbon tax scheme would harm Canadians who are reliant on gasoline for their daily lives.

“Things like gasoline are pretty inelastic so if you have to drive to work or you live in a place where there’s no transit, you have to pay for gas,” said Wudrick.

“So even if the price of gas is $1.00 a litre or $1.50 a litre, you’re still going to do it so you don’t actually reduce the emissions but you do increase the cost to use.”