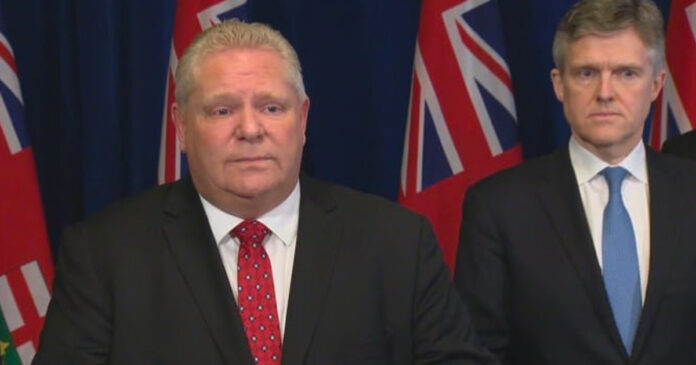 Ontario’s finance minister admitted to leaving on a holiday vacation with his wife right before his government forced the province into a lockdown.

Rod Phillips is currently still abroad while Ontarians are advised to stay at home and avoid family gatherings.

According to Phillips, right after legislation shut down for the holidays, he packed his bags and boarded a flight out of Canada.

“Immediately following the end of the legislative session, which occurred on December 8th, my wife and I departed on a previously planned personal trip outside of the country,” said Phillips on Tuesday.

His office claims that Phillips and his wife departed the country on December 13th.

“Had I been aware then of the eventual December 26th provincewide shutdown, we would have cancelled the trip,” said Phillips.

“I have continued my work daily as the Minister of Finance and MPP for Ajax including dozens of digital ministry, constituency and cabinet committee calls and meetings.”

“We will continue to observe public health directives, including the 14-day quarantine.”

Phillips made the trip abroad despite the Ontario government’s advice to “stay home as much as possible.”

“Those who choose to travel may be forced to remain outside of Canada longer than expected,” wrote PHAC in a news release.