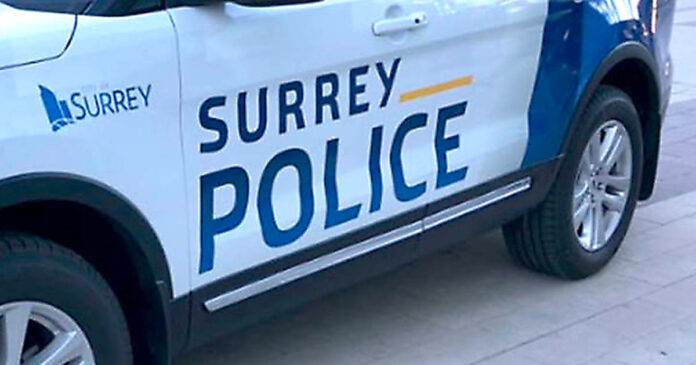 A 14-year-old boy from Surrey was shot and killed on Sunday night in what homicide police believe to be a targeted murder.

The shooting marks the second fatal incident within 24 hours in the city over the holidays. Authorities do not believe that the two incidents were connected.

Police describe the victim as “known to the police” and are continuing to investigate the matter.

The boy was believed to have been shot shortly after leaving a taxi near 110 Avenue. The driver of the cab was a witness to the murder.

“Most of us can’t begin to fathom that someone as young as 14 years old could be shot and murdered. It’s very disturbing,” said Sgt. Elenore Sturko.

“It’s likely the public has many questions about how someone so young could be involved in a lifestyle that would put them at risk for such a violent and tragic death. Regardless of their background or circumstances, the senseless loss of life is a tragedy.”

Police also discovered a burnt out vehicle believed to be related to the crime upon investigating the crime further.

Earlier this year, Prime Minister Justin Trudeau announced a ban on 1,500 types of guns, including AR-15 and Mini-14 models.

Alberta Premier Jason Kenney has been a vocal opponent of the federal government’s gun ban.

“We know that the overwhelming majority of firearms used criminally in Canada are smuggled in illegally from the United States. Instead of addressing this, Ottawa will instead spend vast sums of money to criminalize law-abiding Canadians,” Kenney said in response to the government’s announcement in May.