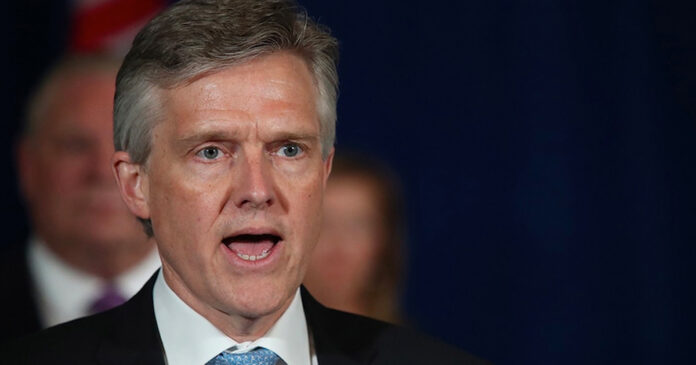 Ontario MPP Rod Phillips has resigned as finance minister hours after landing in Canada after cutting short a weeks-long trip to St. Barts.

In a statement on Thursday afternoon, Premier Doug Ford said he had accepted Phillips’ resignation after speaking to the Ajax MPP.

Phillips spoke with reporters upon his return to Canada this morning and said had made “a dumb, dumb mistake.”

“I know that people are understandably angry about the situation, and I do hope to be able to regain their confidence in the days and weeks and months ahead,” Phillips said.

When asked Thursday morning, Phillips was non-committal about whether he would resign.

“It is finally up to the Premier who serves in the Premier’s cabinet as it should be,” Phillips said.

“I want to express to him my apologies for this. I think I can still make an important contribution but finally that’s part of the discussion I’ll have with the Premier.”

On Wednesday, Phillips admitted to leaving Canada Dec. 13 for a “previously planned personal trip” to the posh Caribbean island.

Phillips made the trip abroad despite the Ontario government’s advice to “stay home as much as possible.” The Public Health Agency of Canada also advised the public not to leave the country.

On Christmas Eve, Phillips told Ontarians that “we all make sacrifices this Christmas” and acknowledged many will not be home for the holidays this year. Phillips also posted a Christmas message that had previously been recorded from his house in Ajax.

Phillips will be replaced by Treasury Board President Peter Bethlenfalvy.