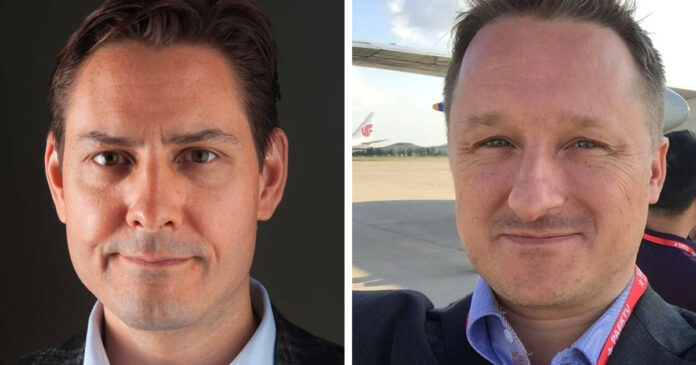 Both Spavor and Kovrig are included in a call by the Commission for the release of several human rights activists and political prisoners.

“The high-profile imprisonment of several foreigners in China is concerning, particularly the case of the two Canadians, Michael Kovrig and Michael Spavor, detained since 2018. The Conservative Party Human Rights Commission welcomes the Foreign Secretary Dominic Raab’s expression of solidarity with Canada, following China’s decision to charge Mr Kovrig and Mr Spavor with espionage,” reads the report.

Kovrig and Spavor were both illegally detained shortly after the arrest of Huawei CFO Meng Wanzhou by Canadian authorities. Meng is currently wanted by the US government for several fraud charges, including for allegedly breaking American sanctions on Iran.

Recently it was revealed that while on bail, Meng has lived an increasingly luxurious life in Vancouver which includes private boutique shopping sprees, being allowed to have family visits from abroad and restaurant parties.

One submission to the CPHRC by the UK  human rights group The Rights Practice contrasts the treatment of the two Michaels who are being held in Chinese prisons to that of Meng.

“Following the arrest, at the request of the US government, of Huawei’s Chief Financial Officer (and daughter of the founder) Meng Wanzhou by Canada in December 2018, China detainedCanadians, Michael Kovrig and Michael Spavor. Initially heldin RSDL, the pair were subsequently charged with spying. Although they have been allowed consular visits they have been denied meetings with lawyers. Their treatment contrasts with that of Meng whose bail conditions allow her to live in her Vancouver mansion,” claimed a submission to the CPHRC by The Rights Practice.

Critics have accused the Liberal government of offering Meng a “red carpet” treatment, while failing to secure the release of the two imprisoned Canadians.

On Wednesday, the Conservative critic for immigration, refugees and citizenship Raquel Dancho slammed the Liberal decision to offer travel exemptions for Meng’s family in a statement published to her official Twitter account.

“The Liberals rolled out the red carpet and granted a special travel exemption for the Huawei CFO’s family to reunite in time for the holidays. This is an insult to the millions of Canadians who were told by this government not to visit loved ones,” wrote Dancho.

“Meanwhile, Michael Kovrig and Michael Spavor have been denied basic human rights and detained in communist Chinese prisons for over two years, with limited access to their families and consular support.”