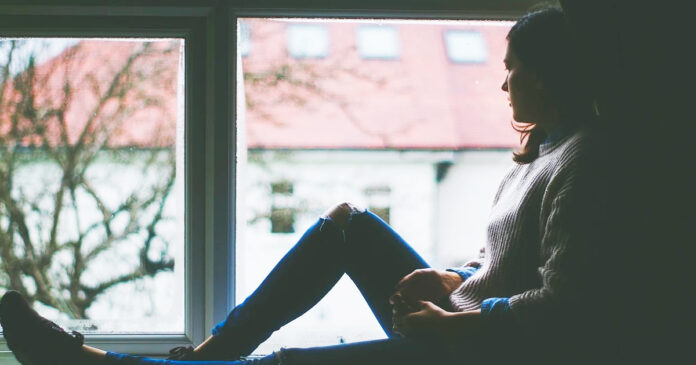 Canadian medical expert Dr. Ari Joffe recently published a cost-benefit analysis on the government-mandated lockdown restrictions, estimating that the harms caused by lockdown measures are at least five to 10 times greater than the benefits. After all, a population plagued by economic downturn, unemployment and loneliness is at risk of early mortality, reduced lifespan and chronic disease.

Further, the World Health Organisation is urging governments not to use lockdowns as the primary method of combating the coronavirus, warning that we could see a doubling of global poverty and child malnutrition.

And yet, Ontario and Quebec have entered second lockdowns, with respective premiers Doug Ford and François Legault shutting down physical recreation facilities, retail stores, restaurants, salons and many other services. Schools and universities have not offered full in-person learning for almost an entire year.

More and more health experts are asserting that lockdowns are deadlier than the COVID-19 virus, so True North has compiled the facts.

In addition, eating disorders are on the rise among youth. “Our eating disorder unit has very high numbers that we have never seen before,” Dr. Ronald Cohn, President and CEO of SickKids hospital, told the Toronto Sun.

Cohn, who notes that COVID-related anxieties are often exaggerated, recommends that parents reassure their children the coronavirus is not a threat to younger demographics.

In Alberta, 2020 was the worst year on record for opioid overdose fatalities: an average of 90 people died each month from January to October.

In British Columbia, there were over 100 overdose deaths each month from March to August.

Ontario’s chief coroner estimated there were 50–80 accidental overdose deaths per week in 2020. There was a 38% increase in opioid-related deaths in the first 15 weeks of the COVID-19 pandemic compared to the same 15-week period in 2019.

According to Public Health Ontario, the increase in drug-related deaths is being driven by an increasingly contaminated drug supply from dealers looking to stretch their product, and physical distancing requirements are leading more people to use drugs alone.

During the first four months of the pandemic, nearly half of all planned surgeries were postponed across the country in order to free up hospital resources for an anticipated surge of COVID-19 patients.

In April 2020, the University Health Network in Ontario released a study indicating that as many as 35 cardiac-care patients likely died after their heart surgeries were cancelled to free up hospital beds in the initial weeks of the pandemic.

Surgeries are still being delayed and cancelled today.

Cancer specialists are speaking out about the decreased number of cancer screenings, referrals and diagnoses since the pandemic began in March 2020 – they fear cases could be going undetected and untreated.

The director of the Princess Margaret Cancer Centre in Toronto Dr. Keith Stewart told the CBC he and his colleagues are worried that “there may be a tsunami of cancer out there that’s going to suddenly show up.”

A report by Daily Bread Food Bank found there was a 200% increase in new clients accessing food banks in Toronto from May–June 2020.

76% of new clients began accessing food banks due to job loss or a cutback in hours caused by the COVID-related lockdowns.

Prior to the pandemic, more than half of Canadians (55%) reported they had a good social life. As of an October 2020 poll, that number is down to 33%.

The Canadian Federation of Independent Business (CFIB) estimates between 160,000–225,000 small businesses across Canada will permanently close down due to COVID-19.

According to a Statistics Canada report, 25,614 Ontario businesses closed down between February and September 2020.

The Canada Suicide Prevention Service, which operates a crisis hotline, claims between 15–20% of callers they’ve talked to during the pandemic have mentioned COVID-19.

According to a December 2020 study by the Canadian Mental Health Association, one in 10 Canadians (10%) have experienced recent thoughts of suicide. Pre-pandemic, that figure was 2.5%.

Some researchers are predicting increases of suicide in Canada as a result of the economic instability, social isolation and job losses brought on by the government-mandated lockdowns.

Nearly one in 10 Canadians reported losing their job in 2020.

A loss of income has serious health effects: the Financial Consumer Agency of Canada states that those dealing with financial stresses are twice as likely to report poor overall health; four times as likely to suffer from sleep problems, headaches and other illnesses; and more likely to experience strain in personal relationships.

“We in the World Health Organisation (WHO) do not advocate lockdowns as the primary means of control of this virus,” WHO official Dr. David Nabarro said in an interview with The Spectator.

“Lockdowns just have one consequence that you must never ever belittle, and that is making poor people an awful lot poorer.”