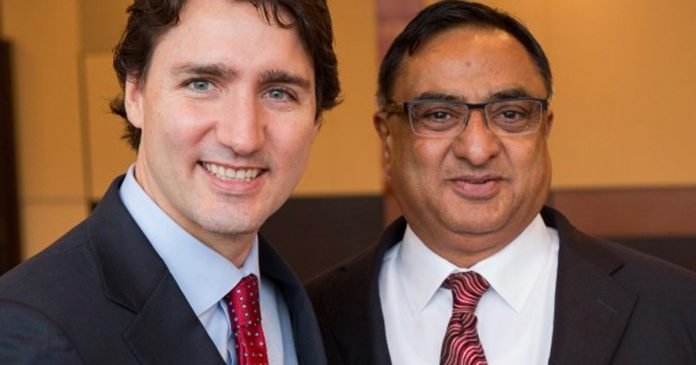 Brampton Centre MP Ramesh Sangha has been removed from the Liberal caucus after he allegedly made “baseless and dangerous” accusations against fellow Liberal MPs.

In a statement, Chief Government Whip Mark Holland says Sangha was removed from caucus Monday afternoon, shortly after the accusations were made.

“As soon as the Chief Government Whip was made aware of these accusations, he consulted with the Prime Minister, and the necessary steps were taken,” the statement says.

“As of this afternoon, Mr. Sangha has been removed from the Liberal caucus.”

The statement does not state who Sangha accused or what the accusations were, but Holland claims the Sangha was peddling “conspiracy theories.”

“As we have made clear time and time again, we will not tolerate conspiracy theories, or dangerous and unfounded rhetoric about Parliamentarians or other Canadians,” he wrote.

“Unfortunately, it is not uncommon for many Canadians to experience suspicions because of their background; we all know where this can lead.”

Khalistanis are members of the Sikh community that wish to see an ethnostate for Sikhs carved out of Indian territory. Multiple terrorist acts have been attributed to the extremist group.

In an interview with a Punjabi media outlet, Sangha allegedly said Bains had identified with the Khalistan movement and claimed Bains was not fit to be a minister. Bains had announced he was retiring from politics earlier in the month.

In September 2019, Sangha accused Liberal MPs of pandering to Khalistani extremists. While he did not name specific individuals, he said there were members of cabinet who were sympathetic to the Khalistan movement.