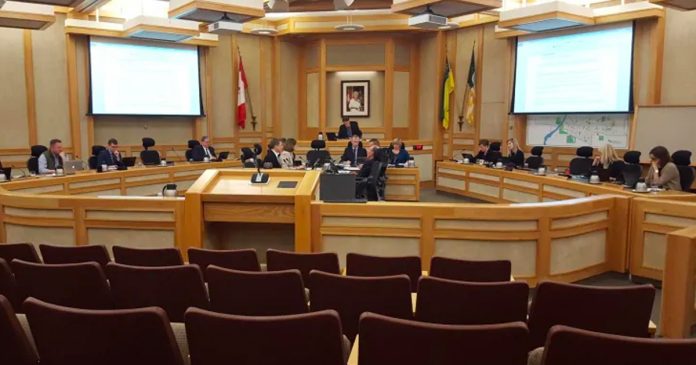 By an 8-2 vote margin, Saskatoon’s governance and priorities committee sent a report to city council on a bylaw banning businesses from providing conversion therapy as a “business activity.”

City councillors Randy Donauer and David Kirton voted against the motion both expressing opposition to the practice of attempting to have someone’s sexual orientation changed.

“I feel that our city is jumping ahead of the proper jurisdiction that should be doing this, and that’s the federal government”, Kirton stated.

Donauer commented, “I hear those who have suffered and have concerns about abuse and I believe there needs to be a solution for that, but I don’t think the city is the solution for everybody’s issues.”

The two city councillors weren’t alone in their opposition of the motion.

Concerns arose surrounding the constitutionality of such a law to ban Saskatoon businesses from providing conversion therapy.

Saskatoon resident Mary Riendeu presented to city council saying, “In passing this bylaw, city council would be breaching their duty of neutrality under Sec. 2 (a), by showing preference for certain sexual values and morals over others…Imposing sexual values is not the role of city council.”

Bill C-6 “An Act to amend the Criminal Code (conversion therapy)” has passed its second reading.

“Given Bill C-6’s far-reaching impacts on Canadians’ fundamental rights, and its interference in their voluntary choices concerning their own sexuality and gender, such a law cannot be justified in Canada’s free and democratic society,” stated JCCF staff lawyer Marty Moore.

“Bill C-6 is an overbroad, arbitrary and discriminatory violation of Canadians’ human rights and constitutional rights and freedoms.”

Those in favour of the motion argued that they couldn’t wait for the federal government to act. However, it is unknown if any Saskatoon business actually provides conversion therapy.

“Right now, there’s nothing to stop this from happening to youth in the city of Saskatoon; this is the only thing until the federal government gets their law in place, and I can’t wait until that happens,” Councillor Darren Hill said.

The draft bylaw notes that violations could result in a three month licence suspension, a $10,000 fine per day for individuals and up to $25,000 per day for corporations.

If the report is approved by council, the bylaw will be drafted and council will vote on it sometime in February.