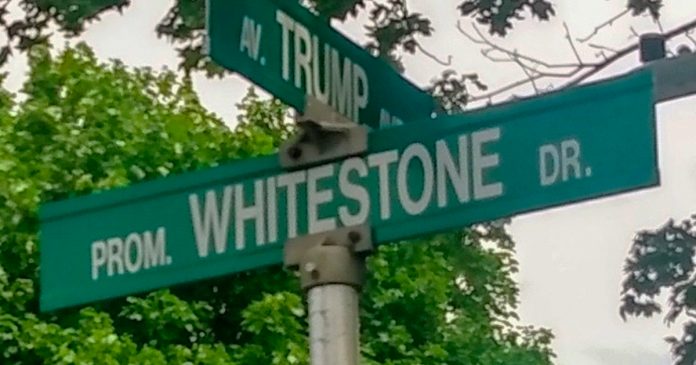 The Ottawa city councillor leading an effort to change the name of a local street called Trump Avenue says that he waited until former US president Donald Trump left office until moving forward with the request.

According to Ottawa City Councillor Riley Brockington, consultations to rename the Central Park Community avenue began this past weekend to gauge the level of interest from local residents.

“I committed to assist them in surveying every household to determine if there is support, or not,” Councillor Brockington told True North.

“I have been asked for a number of years, by local residents to change the name. I did not feel it was appropriate to do so while the past President was in office. He has since left, more requests were received and I agreed to circulate the survey.”

On the Ottawa page of the online messaging board Reddit, the street’s renaming has picked up steam already reaching 763 upvotes by the time this article was written.

“Right now it is up for a vote from all residents on the street, then if there is a majority of 50%+1 residents to start the process it’ll follow up with a renaming process to decide on the new street name,” said an anonymous resident in a screenshot of an Ottawa Central Park Community Facebook group posted to the page.

News reports show that since at least 2016, the very year Trump first won office, residents have been calling for the street’s name to be changed.