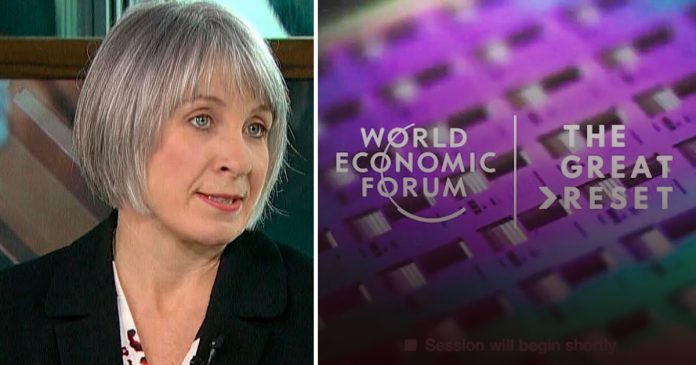 A panel on opening up international travel closed its doors to media and the public.

The Davos Agenda, a virtual summit hosted by the World Economic Forum to launch the global organization’s Great Reset Initiative, only made a portion of its Restoring Cross-Border Mobility panel publicly viewable.

Canadian Health Minister Patty Hajdu was among the panelists, alongside the director-general of the Airports Council International, the president of JetBlue and Commons Project CEO Paul Meyer.

The Commons Project is the non-profit behind CommonPass, an app that lets travellers communicate health details like COVID-19 test results and vaccination status with airlines and governments to satisfy travel requirements.

A spokesperson for Hajdu declined to provide a transcript of what Hajdu said in the closed-door session, and did not comment on why Hajdu felt it was appropriate to participate in it.

“The programme and format for this event was (sic) determined by the World Economic Forum,” said Cole Davidson, Hajdu’s press secretary and social media advisor. “I would recommend reaching out to them for further information.”

During the public portion of the discussion, Hajdu defended Canada’s “rigorous” travel restrictions, which close Canada’s borders to recreational travellers and require anyone entering the country to quarantine for 14 days upon arrival. All air travellers must also have tested negative for COVID-19.

“The 14-day quarantine is really the only sort of foolproof way to determine whether or not someone actually does have COVID, and we know that the pre-departure testing is a point in time,” she said.

Hajdu said despite some provinces wanting travel restrictions loosened, there are calls to further strengthen restrictions. She acknowledged the earlier remarks about the CommonPass and said the world needs to better work together.

“You’re hearing a lot in terms of digital tools and what that looks like. I would also say we need to collaborate more as a globe to actually combat the epidemic,” she said.

In particular, Hajdu called for “equity” to be front and centre in the response.

“So much of the travel in Canada is actually about family reunification. It’s about people moving around for work, and, you know, we’ve got a large, sort of, group of folks that move for reasons that are not recreational,” Hajdu said. “So I think we have to sort of stay focused on the equity issue and the systems that we design have to be designed through the lens that people from all around the world are going to be able to access this.”

The Davos Agenda concludes Friday. The World Economic Forum plans to have an in-person summit in Singapore in May.