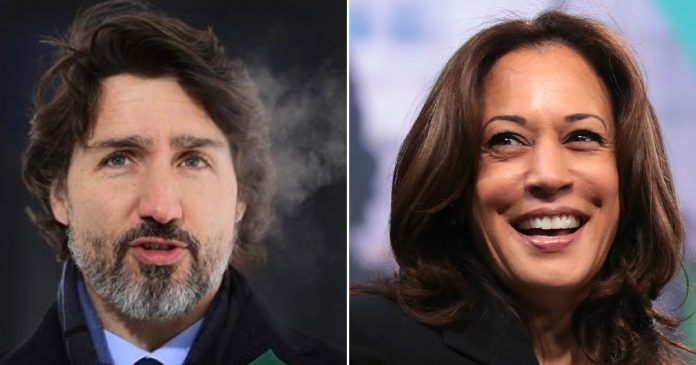 In the official readouts of the conversation, neither the Prime Minister’s Office nor the White House indicates a discussion of Keystone.

The readout from Trudeau’s office makes a vague reference to “North American energy security,” after mentioning Harris “historic election” and that she “recalled fondly her years spent in Montreal.”

“The Prime Minister and the Vice President discussed a wide range of issues, from promoting diversity and inclusion to the importance of mental health, as well as the need to address online hate, firearm trafficking, and gender-based violence,” the readout said, in addition to talk about access to vaccines, pandemic response, and Canada-U.S. supply chains.

The press release from Harris’ office does not reference energy policy at all, focusing mainly on climate change and the Canada-U.S. economic partnership.

In his first day in office, President Joe Biden used an executive order to retroactively cancel Keystone XL. The pipeline was valued at US$8 billion and would have created approximately 15,000 jobs in both countries.

Construction had been ongoing since July, with the province of Alberta investing $1.5 billion to get the project started. The cross-border section of the pipeline is already in the ground.

Trudeau had previously given a tepid response to the cancellation, expressing disappointment yet applauding Biden’s action from an environmental standpoint.

“While we welcome the President’s commitment to fight climate change, we are disappointed but acknowledge the President’s decision to fulfil his election campaign promise on Keystone XL,” Trudeau said in January..

The Buy American program will ensure U.S. firms will be prioritized when bidding on government contracts, a move opposition in Canada says will harm many Canadian firms.