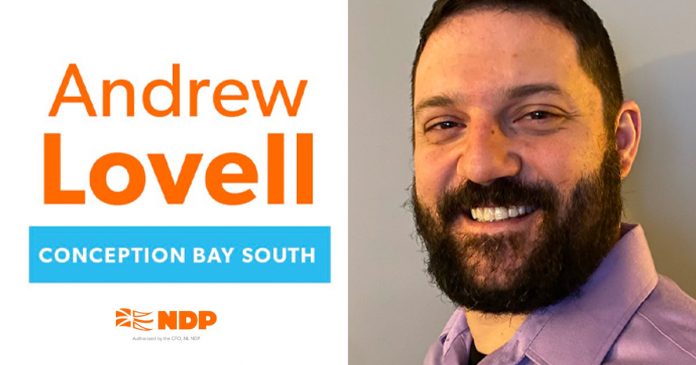 An NDP candidate in the upcoming Newfoundland and Labrador election has a history of using homophobic slurs on Twitter and promoting radical ideologies like communism.

A number of past tweets by an account appearing to belong to Conception Bay South NDP candidate Andrew Lovell include the homophobic slur “f**” and “f****t.”

Upon being announced as a candidate, the Newfoundland and Labrador NDP (NL NDP) described Lovell as a “feminist and LGBTQ+ ally” in a campaign advertisement.

Other more recent tweets by Lovell indicate support for the violent anarchist group Antifa and a penchant for spreading “socialist/communist propaganda.”

In one October 13, 2020 Twitter response to an account asking “What is your position in ANTIFA?”, Lovell states that he is an Antifa “meme enthusiast.”

In another tweet on the topic of “anarchy,” Lovell states that “if you can beat up your boss, I’m thinking THAT’S where the uprising starts.”

According to the Canadian Security Intelligence Service’s Public Report 2019, “anarchist violence” is considered an example of ideologically motivated violent extremism along other extremist causes such as ethno-nationalist violence and the incel movement.

In one tweet from February 3, 2019, Lovell also indicates that one of the “four types of social media posts” he makes is “Socialist/Communist propaganda.”

True North reached out to both the NL NDP and Lovell for comment but did not receive a response in time for publication.

Newfoundlanders can expect to head to the polls to elect a new government on Saturday, February 13, 2021.