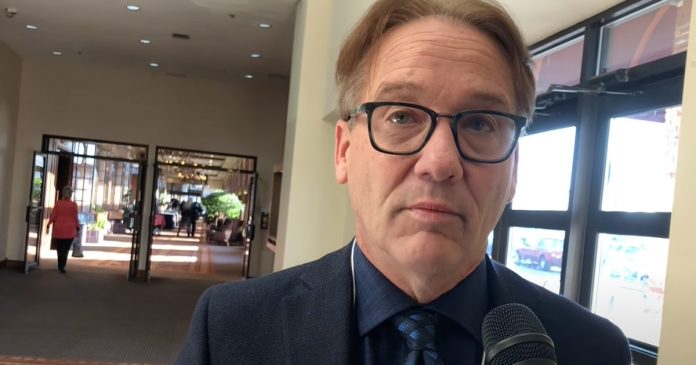 UCP MLA Drew Barnes says Alberta should hold an independence referendum alongside the next provincial election.

Speaking to the Calgary Sun, Barnes said that many Albertans feel mistreated by the rest of Canada and a referendum would address those feelings.

“I think what Premier Kenney needs to do is set an independence referendum for the same day as our next provincial election,” he said.

Premier Jason Kenney has promised to hold a referendum on equalization in conjunction with the 2023 provincial election. Barnes believes an independence referendum would give Alberta more leverage in negotiations with the federal government.

Barnes estimates that 30% of Albertans support independence now, with many more considering it an option.

Premier Kenney, a former federal minister, has strongly opposed any notion of Alberta independence. Kenney has said Confederation is more important than separating from an anti-pipeline federal government. The UCP’s founding documents commit to remaining part of Canada.

With the Alberta economy sluggish and no new pipelines on the horizon, Barnes says he cannot help but argue for drastic action on behalf of suffering Albertans.

“The despair and frustration is higher than ever. Albertans are telling me more and more that enough is enough. Albertans are ready to push and take some risk.”

“Hope is not an acceptable strategy.”