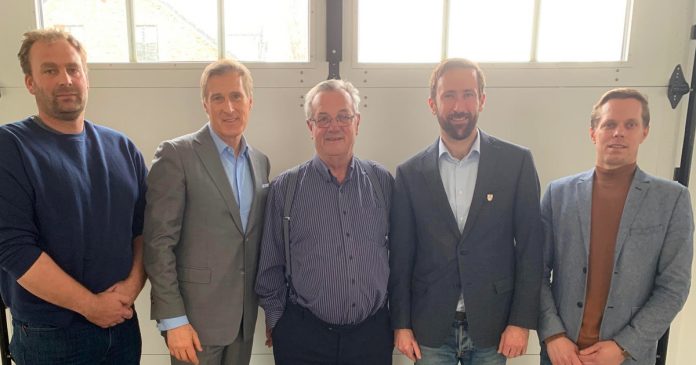 Several former and current politicians have banded together to form a non-partisan organization calling for an end to lockdowns, which they claim violate Canadians’ fundamental Charter rights.

The End the Lockdown Caucus was first announced on Thursday in association with the Liberty Coalition Canada.

“After careful examination and scrutiny of mitigation measures undertaken by all levels of government, it is now evident that the lockdowns cause more harm than the virus and must be brought to an end,” claimed a statement signed by the group.

“We devote our energy and efforts to the just and compassionate objective of reopening our businesses, schools, places of worship, recreational facilities, along with the full resumption and expansion of efficient medical services. We desire to restore dignity and respect for all Canadians by safeguarding our representative democracy and its institutions, defending our Constitution, personal freedoms and responsibilities, whilst implementing focused protection for the most vulnerable.”

All five politicians have used their position to speak out against the harmful effects of  the lockdowns to some degree.

Hillier, who was a former member of the Ontario Progressive Conservatives, has been an outspoken advocate against lockdowns. In November, Hillier was charged by local authorities after hosting an anti-lockdown rally outside of Queen’s Park.

Sloan, who was recently ejected from the federal Conservative caucus by Erin O’Toole, has also repeatedly called for an end to the lockdowns.

According to Bernier, he was motivated to join the caucus because he shares the same values as his fellow signatories.

“It was important for me to not be alone in that fight. As the leader of the People’s Party of Canada, we are the only national party in Canada that is speaking against the lockdowns for a long time,” Bernier told True North.

“I was pleased to take part and join these people in the fight against lockdowns. I think the more of us there are, the better we’ll be and the more efficient we will be.”

With regard to politicians from other parties who might be supportive of the initiative but are reluctant to join the caucus over fears of reprisal from their parties, Bernie said that any official opposed to the lockdown is welcome to join the caucus.

“I think they must have the courage of their conviction. They must come with us. They must be a part of our caucus, it is too important. We need to have an open debate on all of the consequences of these lockdowns in Canada. We don’t have that open debate. We don’t have real opposition against government measures concerning the fight against the virus,” said Bernier.

Bernier also called on the general public to contact their local, provincial or federal representatives and urge them to join the caucus.