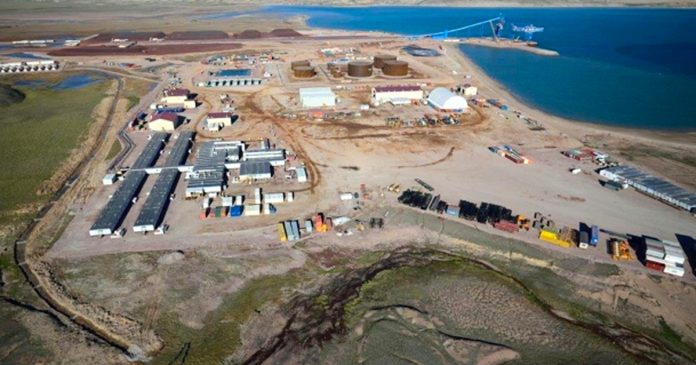 Staff at a remote iron mine in Nunavut are allowed to leave after protesters occupied the road and airstrip for nearly a week.

On Wednesday, a judge issued a temporary court order allowing employees to leave the Mary River mine complex. Protesters agreed to clear the air strip and road to allow for exiting staff to go home.

The protesters had effectively trapped the mine’s 700 workers at a remote mining complex on northern Baffin Island.

Since Feb. 4, a small group of protesters have occupied the road and airstrip leading to the Mary River mine. The blockades are preventing staff and supplies from entering the facility.

“Many of the people working at Mary River have been on site for 21 days now and they are not being allowed to leave, nor are food and supply flights being allowed to land,” the mine’s operator Baffinland said in a statement.

Baffinland is seeking an injunction to have the protesters removed. The temporary court order will remain in place until an injunction hearing is held on Saturday.

Emergency services such as search and rescue performed out of the Mary River air strip have also been shuttered.

The protesters are protesters against a proposed expansion to the mine which would see a railway built and increased shipping in the area. Protesters believe the expansion would hurt wildlife and infringe on Inuit hunting rights.

However, Baffinland says its expansion plans will include mitigation measures to protect wildlife and reduced ship speeds to minimize disturbances to marine life. In addition, Baffinland promises more than $2 billion in royalties to Inuit if the expansion is approved.

Nunavut is expected to make a final recommendation on the project to the federal government in March.