Our much-anticipated event PURGED: A panel discussion on Big Tech Censorship is TONIGHT at 7pm ET! 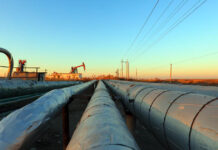