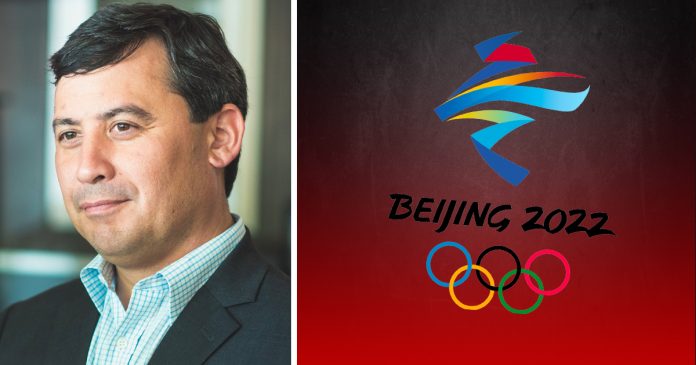 Foreign affairs critic and Conservative MP Michael Chong said that the federal government needs to consider all options, including a boycott, when it comes to the upcoming 2022 Beijing Winter Olympics.

In recent months, the opposition has pressured the governing Liberals to act on the issue of China’s ongoing genocide being perpetrated against the country’s Uyghur and Turkic Muslim minority.

“Conservatives are deeply concerned about the genocide of Uyghurs and other Turkic Muslims in China. We strongly urge the Liberal government to work with Canada’s allies to take action,” Chong wrote in a statement made to True North.

“All options should be on the table, including a boycott of the Beijing Winter Olympics in 2022 as part of a wider plan to work with our allies to reset relations with China.”

In recent weeks, the call for a boycott has gained popularity across party lines. The latest Canadian politician to join in on the effort to stop Canada from attending the event was Green Party leader Annamie Paul who demanded that the federal government pull out of the occasion.

“If an ongoing genocide is not reason enough to relocate a sporting event, then my question is, what is?” said Paul during a press conference earlier this week.

“China has proven itself to be incredibly resistant to liberalization of human rights and fundamental freedoms. here is no reason to credibly believe that the celebration of the 2022 Olympics in Beijing, alongside a genocide, will produce any such results.”

Paul is joined by nearly two dozen MPs and Quebec MNAs who penned an open letter earlier this month comparing the Communist Party of China’s treatment of the Uyghurs to the Nazis in the 1930s.

“Some may argue that sports and politics should not mix. We would respond that when genocide is happening, it is no longer a matter of politics, but of human rights and crimes against humanity. We cannot accept the current status quo,” said the letter.

“We want to ensure that the medals they win in 2022 are not tainted by what will no doubt go down in history, like the 1936 Berlin Games, as The Games of Shame.”

It is estimated that a million Uyghurs including men, women and children are being held in concentration camps where they are subjected to torture, rape and other horrid treatment.

According to the editor-in-chief of the state-backed publication The Global Times, the Chinese regime will respond to any country that boycotts the Olympics with serious sanctions towards them.