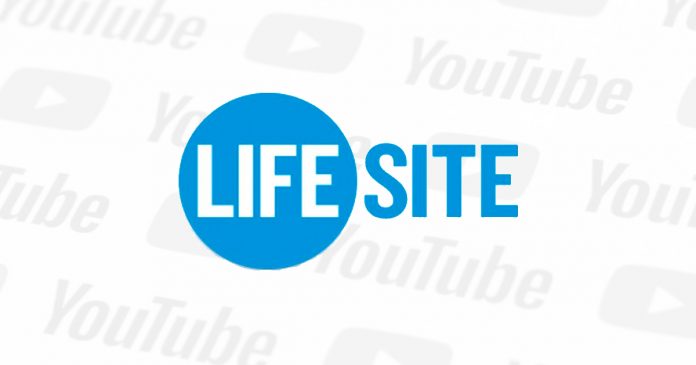 LifeSiteNews was founded by the Campaign Life Coalition in Toronto in 1997. The outlet gives a voice to social conservatives and emphasises “traditional Judeo-Christian principles” in its reporting.

Speaking to Breitbart, LifeSiteNews VP Gualberto Garcia Jones said that the move by YouTube was expected given the increasing censorship across mainstream social media platforms.

“The truth is, we’ve been anticipating this for some time. YouTube, along with other Big Tech corporations, are simply not interested in allowing anyone to dissent from their state-approved, liberal ideology,” he said.

“Fortunately, we’ve already taken preemptive measures to ensure the truth will continue to reach the ears of those most in need of it in these dictatorial times.”

LifeSiteNews has moved its videos to Rumble and promises to grow their presence on alternative social media platforms.

“In accordance with our long standing strikes system, we terminated the channel LifeSiteNews Media for repeatedly violating our COVID-19 misinformation policy, which prohibits content that promotes prevention methods that contradict local health authorities or WHO,” said the spokeswoman.

“Any channel that violates our COVID-19 misinformation policy will receive a strike, which temporarily restricts uploading or live-streaming. Channels that receive three strikes in the same 90-day period will be permanently removed from YouTube.”