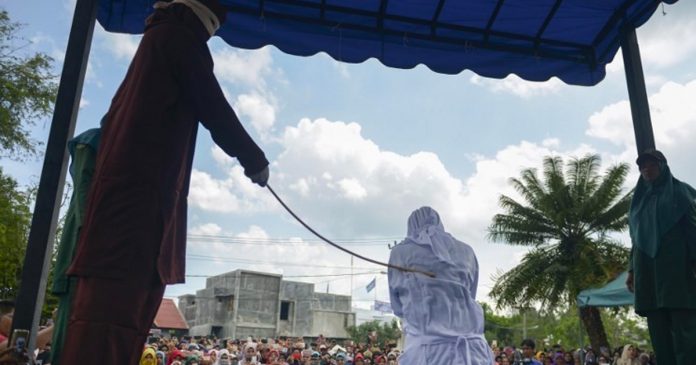 Two Christian men have been publicly flogged in Indonesia for drinking alcohol and gambling in violation of Sharia law.

The two men were flogged on Monday, each receiving 40 lashes by a masked officer with a cane. The floggings took place in Aceh, the only Indonesian province that uses Sharia law.

One of the men reportedly chose flogging because the alternative under the law was six months in prison.

“The Sharia police gave us options, and we consciously decided to comply with the Islamic criminal code,” he said.

While Indonesia officially respects the rights of Christians, the province of Aceh adopted Sharia law in 1999. The Acehnese practice is a strict fundamentalist version of Islam which is considered extreme compared to the rest of Indonesia.

Drinking alcohol, which is condemned under Sharia law, is legal in Indonesia outside of Aceh.

Five Muslim men were also flogged on the same day for charges of drinking alcohol and sexual conduct outside of marriage.

While floggings of non-Muslims are rare, the punishment has been used more frequently in recent years as Aceh gradually strengthens Sharia law.

In 2018, a Christian couple was flogged for allegedly gambling on a board game. The couple chose lashes rather than go to prison and be separated from their children. In January, a gay couple in Aceh received around 80 lashes each.