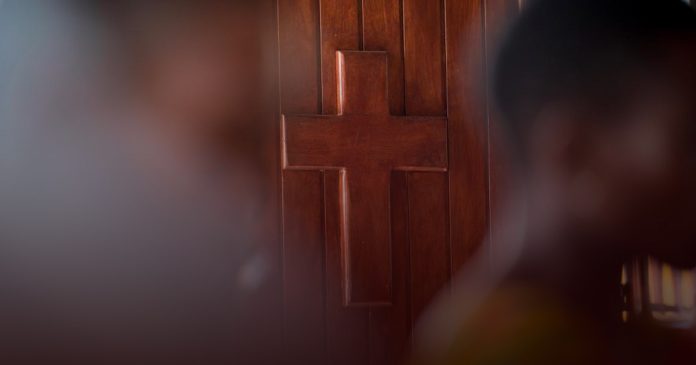 Three people were injured after gunmen opened fire during a church service in Ghana on Sunday evening.

The attackers entered the Action Prayer Ministry church at Atwima Koforidua, demanding valuables from the congregation. Without provocation, the gunmen started firing into the group.

The injured include a two-year old boy and girls ages twelve and twenty-two. The congregation managed to overpower one of the attackers before police arrived.

“Members of the church succeeded in arresting one of the attackers, suspect Sunday Ayine, aged 22, a resident at Abuakwa and a driver’s mate,” local police reported.

A second attacker was later caught by police, with a third still at large. All three victims were taken to hospital and treated for shots to their legs.

On the same weekend, a church service was attacked in Ghana’s predominantly Muslim north. Six gunmen stormed into the service and held the congregation at gunpoint. The gunmen escaped on motorbikes after forcing the Christians to give their cash and valuables.

While around 70% of Ghananians identify as Christians, crimes against Christians have increased in recent years in an unsettling trend seen across Africa.

To the north of Ghana, the country of Burkina Faso is losing its fight against multiple Islamist groups, leading to fear that sectarian conflict may spread to surrounding countries.

For nearly two years, Christians in Ghana have lived in fear as Christians to the north have been routinely killed on account of their faith.