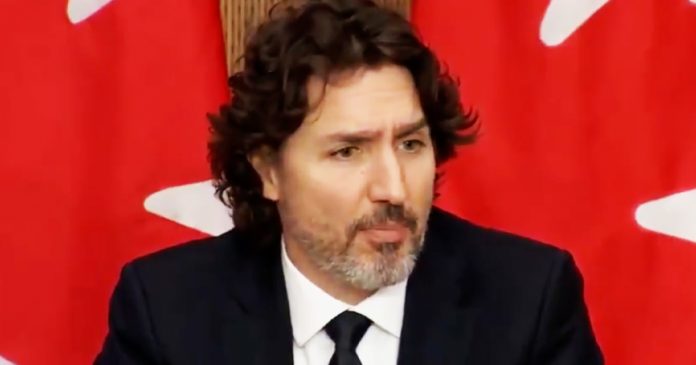 The federal Liberal government tabled its long-awaited firearms bill today, including red flag confiscation powers, the possibility for municipal handgun bans and new rules for possession of the 1,500 firearm variants the government banned last May.

The government was expected to roll out details of its buyback plan for newly prohibited guns, but had no cost estimate or timeline for the program. Because not all of the 1,500 banned models required registration previously, the government does not know how many are in circulation in Canada, but estimated anywhere from 150,000 to 200,000.

Public Safety Minister Bill Blair estimated, when pressed by reporters, a cost of between $300 million and $400 million with a proposed cost of $1,300 per firearm.

Trudeau acknowledged that “assault-style” firearm models were purchased legally before May’s order-in-council, enacted in the wake of the Nova Scotia massacre, but emphasized owners of these models will not be able to use or transport them without repercussions. The prime minister called the optional buyback  “fair compensation” for surrendering prohibited firearms.

“These weapons can no longer be bought, sold, bequeathed or discharged, and must be stored safely,” said Trudeau.

“These firearms that people bought legally over the years are now completely useless. If there are collectors that want to keep them, they will have to register them and show the measures they are taking to ensure they are safely stored.”

Blair issued a stark warning for those who choose to hold onto these guns.

“For the very few that people may choose to retain, there is a strong legislative framework that prohibits their use and creates real criminal consequences for their use,” said Blair.

“If anyone takes that firearm and discharges it at a range, that would be illegal use of a prohibited weapon that could result, and would result in criminal charges.”

In addition to the buyback, the announcement included new “red and yellow flag” laws. These laws would allow concerned friends or relatives of gun owners to apply to the courts for immediate removal of an individual’s firearms, or have their gun license suspended or reviewed.

Justice Minister David Lametti said he will review the current firearms classification framework and “close any gaps” in the existing laws. This would include modernizing the language used in the criminal code to include prohibited weapons, devices and ammunition.

A criminal code amnesty is in place until April 30, 2022 to protect lawful owners from liability and enable them to comply with the law.

Blair claims airsoft ban had support of police leaders “across the...

Record petition in support of gun rights presented before the House...