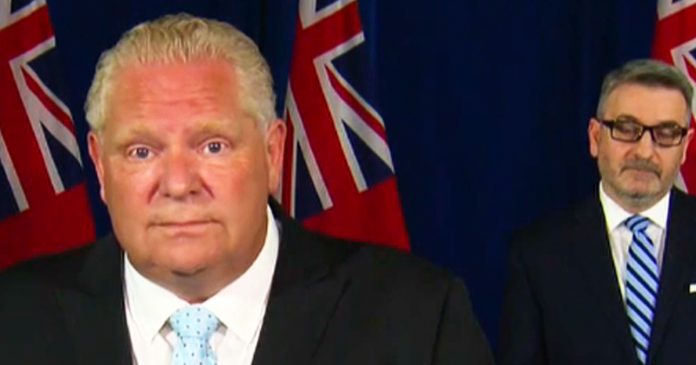 The Ontario Director with the Canadian Taxpayers Federation Jasmine Moulton called the unanimous decision by the province’s parliamentarians to vote against a motion to reduce MPP salaries to CERB levels “shameful and completely tone deaf.”

Independent MPP Roman Baber, who was kicked out of the Progressive Conservative Party of Ontario for protesting the government’s lockdowns, introduced a bill on Thursday to slash salaries for MPPs to $500 per week.

The motion was unanimously shut down and instead House Leader Paul Calandra put forward a motion to reduce only Baber’s salary. Calandra’s motion did pass but was later ruled out of order by the speaker.

“These politicians should be working for the Ontario taxpayers who pay their salaries – not spending their time in the legislature mocking an MPP who suggested they take a pay cut,” Moulton told True North.

On Thursday, it was also reported that Ontario shed 355,300 jobs in 2020 as a result of the coronavirus pandemic and the resulting lockdowns.

As reported by True North, the Canadian Federation of Independent Business blasted Ford on Friday for extending strict lockdown orders in Toronto, Peel and North Bay.

According to Moulton, world politicians should be inspired to take pay cuts in order to show solidarity with those impacted by government restrictions and to accrue moral authority in order to make the hard decisions required to weather the virus’ impacts.

“Politicians should take a pay cut not only to show solidarity with the struggling taxpayers who pay their six-figure salaries, but also to give them the moral authority to do what needs to be done next: reduce government-wide employee compensation which has grown out of touch with reality,” Moulton told True North.