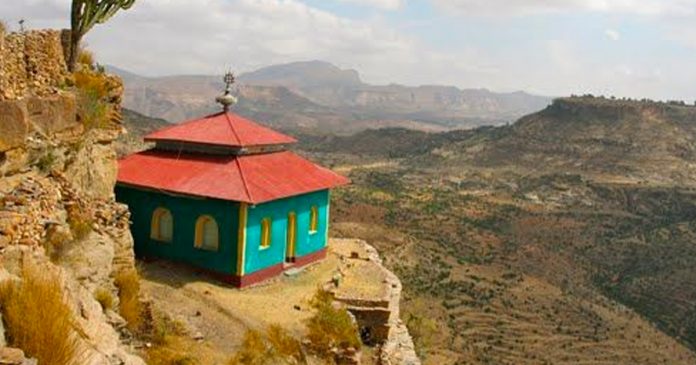 Eritrean troops have reportedly looted and destroyed an ancient monastery in neighbouring Ethiopia.

According to the Belgium-based Europe External Programme with Africa (EEPA), between Feb. 14 and 15 Eritrean troops besieged the Debre Damo Monastery in Northern Ethiopia.

One monk was reportedly killed and the monastery’s ancient manuscripts and artifacts were looted.

“After it had been bombed, reportedly by Eritrean troops, Eritrean troops climbed onto the 6th century monastery and looted old manuscripts and treasures. The houses and buildings on top of the flat mountain are completely destroyed,” EEPA wrote.

Debre Damo Monastery was founded in the sixth century by one of the principal saints of Ethiopian Christianity. The monastery complex can only be accessed by climbing a 15 metre cliff.

Eritrea is supporting the Ethiopian central government as it fights a civil war against separatists in the Tigray region. The rebel Tigrayan government rejects the legitimacy Ethiopian Prime Minister Abiy Ahmed.

Debre Damo was located in Tigray territory, as is the Maryam Tsiyon Church where 750 Tigrayans were massacred by pro-Ethiopian forces in December.

Ethiopian Orthodox Christians believe the Maryam Tsiyon Church contains the Ark of the Covenant, an artifact of the ancient Israelites sacred to both Christians and Jews.