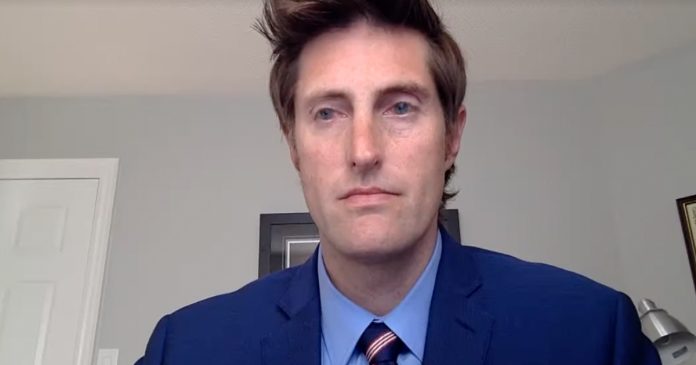 On Sunday, a Liberal MP implied that provincial and territorial leaders who open up their economies could be seen as criminally negligent for any resulting deaths.

MP Ryan Turnbull made the comments Sunday morning on Twitter.

“So my question is if PHAC’s models have been largely correct and the health experts are predicting this type of exponential case growth, if P/Ts choose to move forward with lifting public health measures despite the evidence, are they culpable for the resulting deaths?” asked Turnbull before quoting the criminal code.

Turnbull later backtracked on his insinuation claiming that he was “simply quoting” the definition of the crime.

“I’m not saying anyone is Criminally Negligent. I was simply quoting the definition. I think we need to be concerned about opening too fast and the possibility of an exponential growth in cases is a serious risk. We need to follow the advice of our Public Health Professionals!” said Turnbull.

Several premiers have moved to reopen their economies after several months of lockdowns.

Recently, Ontario Premier Doug Ford announced that some regions within the province would have stringent stay-at-home orders lifted and some local businesses would be allowed to open.

The Canadian Federation of Independent Business (CFIB) blasted Ford’s decision soon after it was announced claiming that the premier had no evidence to justify the extensions.

Alberta Premier Jason Kenney has moved even further to reopen his province after announcing that Alberta would undergo a phased reopening plan, however he cautioned that the risk of coronavirus variants remains.

“I can’t guarantee you we can keep you open if we go there because of these variants,” Kenney said.

“If the variants take over, we might have to go back to a harder policy than early December.”