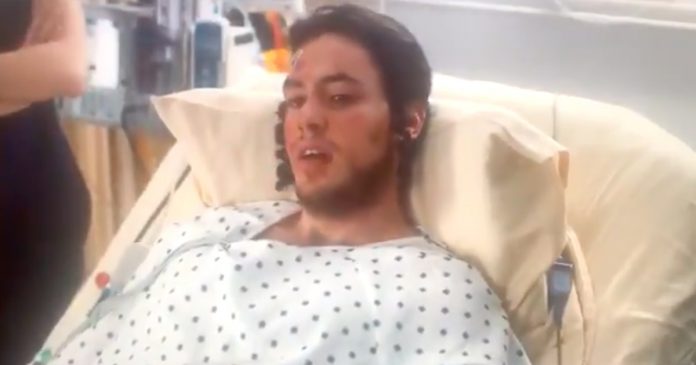 NBC will be pulling an episode from the Canadian series “Nurses” after audience members and Jewish organizations accused the series of an anti-Semitic depiction of Orthodox Jews.

In the episode titled “Achilles Heel,” a Jewish man who requires a bone graft on his leg refuses the procedure over concerns that it could come from somebody non-Jewish.

“A dead goyim leg. From anyone – an Arab, a woman,” says the man’s father.

Several Jewish organizations including the Simon Wiesenthal Center expressed outrage over the Canadian-produced series. The show was originally created by ICF Films and eOne in association with Corus Entertainment.

“The writers of this scene check all the boxes of ignorance and pernicious negative stereotypes, right down to the name of the patient, Israel — paiyous and all. In one scene, NBC has insulted and demonized religious Jews and Judaism,” a statement from the Simon Wiesenthal Center stated.

“Orthodox Jews are targeted for violent hate crimes – in the city of New York, Jews are number one target of hate crimes in US; this is no slip of the tongue. It was a vile, cheap attack masquerading as TV drama. What’s NBC going to do about it?”

The show, which is set in Toronto, Ontario follows several nurses as they navigate their careers at a hospital.

According to a source with NBC, the broadcaster has no plans to re-air the episode following the backlash.