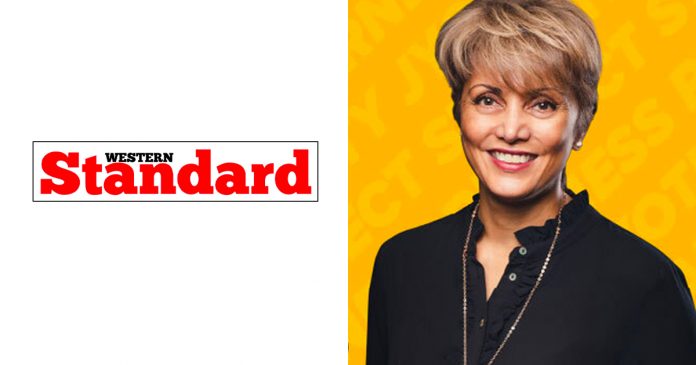 The campaign of a Calgary mayoral candidate is threatening to sue the Alberta-based publication The Western Standard over an article alleging improper use of funds.

The article goes on to discuss a formal complaint filed with the Alberta Chief Electoral Officer by a former alderman alleging that Jyoti Gondek used third-party funds to pay for a campaign mail-drop.

Gondek’s campaign manager Stephen Carter has since denied the allegation and threatened the publication with a lawsuit on Twitter since the article was published. Carter also worked as a consultant and ran the campaign for incumbent Calgary Mayor Naheed Nenshi.

True North spoke to The Western Standard publisher Derek Fildebrandt who called the lawsuit threat “frivolous” in a statement on the matter.

“Stephen Carter has promised legal action against us both privately and publicly, but no legal notice has been received. We have instructed him to send any legal notice directly to our lawyer, former Alberta Minister of Justice and Solicitor General Jonathan Denis,” said Fildebrandt.

According to Fildebrandt, his publication followed every journalistic procedure before publishing the story, including giving Gondek’s campaign ample space to respond to the allegations.

“It is common and routine for media to report on official allegations made to election authorities. There have been hundreds of stories over the last 3 years about complaints made about the UCP and Jason Kenney that Stephen Carter made no objection to. Similarly, we are reporting on this complaint,” Fildebrandt told True North.

“Dave Naylor used the term ‘alleged’ (or its variations) nine times during the story, and we clearly state in black-and-white that the allegations have not been proven. We have extensive room for comment from the campaign and published Carter’s comments extensively (personal insults and all). They have no case. They know it. They are simply trying to bully independent media from publishing stories that they find inconvenient. Stephen Carter is notoriously litigious, and we are prepared to fight.”

True North also reached out to Carter for comment but had not received a reply by the time this article was published.