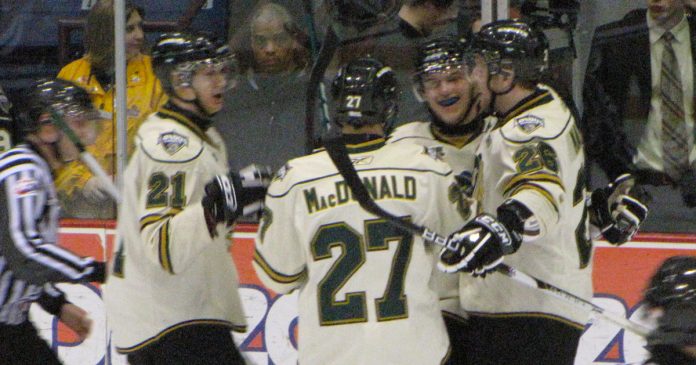 The province of Ontario has again rejected a proposal by the Ontario Hockey League (OHL) to hold their season this year amid the COVID-19 pandemic.

The Department of Heritage, Sport, Tourism and Culture has rejected a number of return-to-play proposals from the OHL, stating that public health has not been confident in the plans thus far.

London Knights owner Mark Hunter says the dreams and career plans of many young hockey players are on the line, and he hopes the government will allow the league to play this season.

It has been nearly a year since the league has played a game.

“This is what they dream about, playing in OHL, getting drafted, getting NHL contracts. There is a lot of dreams being broken here right now with this pandemic,” Hunter told CTV News.

“[OHL Commissioner Dave Branch] and Doug Ford and the whole group are working hard to get it done and I’m sure they don’t want to disappoint the players in the OHL.”

The OHL has 17 teams in Ontario.

In a statement to True North, Minister Lisa MacLeod’s office said the government is still actively working with the league to discuss workable solutions.

“Enabling major sport events and leagues, including the OHL, to safely return-to-play in Ontario is an important milestone to rebuilding the province’s social and economic well-being,” a spokesperson said.

“We are in regular communication with the OHL, including as early as last week, to develop a path forward for a safe return-to-play.”

The spokesperson did not say what exactly the government believes is missing from the OHL’s proposal.

“The province will continue to follow the advice of the Chief Medical Officer of Health, other health experts and local public health to determine when and if it is safe for measures to be lifted.”