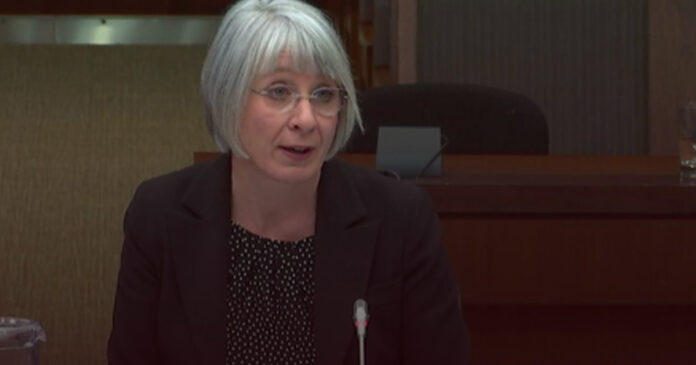 Hajdu was questioned by members of the Conservatives about the incidents during Wednesday’s question period in the House of Commons.

“On entry into Canada her passport was seized and she was forced into a taxi without knowing where she would be taken. She was forced into a federal run facility under a federal duty of care by the Liberal government and she was sexually assaulted. This is misogyny and a gross violation of her rights. The deputy prime minister and the health minister have implied that the victim shouldn’t have travelled. Were they suggesting that she deserved what happened to her under their duty of care?” asked Conservative MP Michelle Rempel Garner.

“Every woman deserves to live a life free of violence and a life of dignity but I will repeat that these border measures are in place to protect Canadians and they will remain in place until such time that science and evidence indicates that it is safe to release them,” said Hajdu.

Meanwhile, a security guard from Hamilton, Ontario hired by Canada’s public health agency was accused of sexually assaulting a woman during a quarantine check up.

The Conservatives have called for a suspension of the federal quarantine program until prevention measures are in place.

A statement by several Conservative MPs including Rempel Garner called the government’s continuation of the program in its current form “unconscionable” in light of the recent events.

“We are deeply angered to hear reports of sexual violence are happening during federally mandated quarantines by those supposed to be protecting public health,” claimed the statment.

“The Liberal government must take action now. We call for the Liberals to suspend the hotel quarantine requirement until they have put measures in place to ensure the safety of Canadians and institute a system for verifying at-home quarantine that doesn’t involve security agents who have not been properly vetted.”