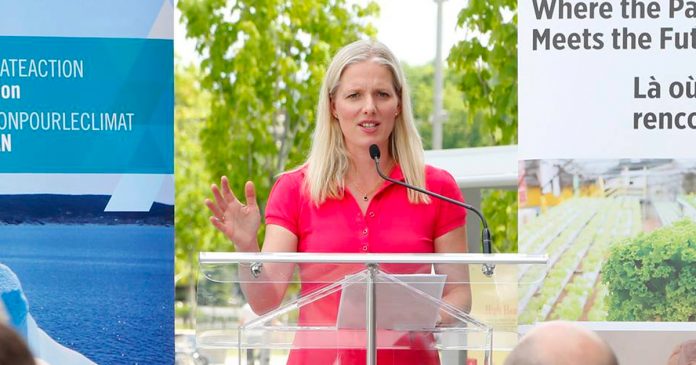 Infrastructure Minister Catherine McKenna has promised that the Canada Infrastructure Bank will fund more projects in future despite the crown corporation having never completed a project.

Speaking to the House of Commons transport committee, McKenna was grilled for promising new and better infrastructure investments when the Canada Infrastructure Bank has little to show after four years in existence.

“Projects don’t get built in a day,” McKenna said. “This is about more infrastructure.”

“This idea that large projects take time, of course you’re right Minister. There’s no argument there. There’s no argument that it takes more than just a few days or a couple of weeks to get a large infrastructure project built. But surely to goodness you can agree that in four years the Bank should have something to show for it.”

The Canada Infrastructure Bank was founded in 2017 by the Trudeau government and given $35 billion to finance infrastructure projects that are “in the public interest” and also generate revenue for the government.

In 2019, the bank told the Department of Finance it had 25 projects that would be announced in early 2020. Today the bank only has 13 active projects.

The Bank has faced significant leadership issues since its founding. In the past year it has had three CEOs and two board chairs.

In April 2020, CEO Pierre Lavallée resigned abruptly. He had already been approved that year for a six-figure bonus on top of his $600,000 salary.

Scheer said despite four years of big promises, the Canada Infrastructure Bank has failed to achieve anything close to what the Liberals claimed.