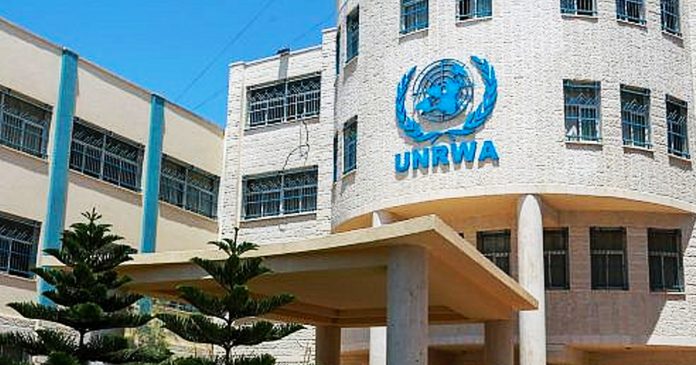 A report by the Institute for Monitoring Peace and Cultural Tolerance in School Education (IMPACT-se) found that the education materials “egregiously violated UN values, UNESCO standards and UNRWA’s stated principles.”

“The report found materials contained incitement to violence, demonization of Israel which was erased from maps, endorsements of jihad and martyrdom, the promulgation of libels and conspiracies, and failed to promote peacemaking,” claimed IMPACT-se.

UNRWA has since suspended the program which is undergoing a review. The materials were found to have included mentions of Israel as “the Enemy” and “occupiers.” The documents also included instructions for children to prepare for violent jihad.

Canada and several other countries who donated to the initiative have also launched probes into the controversy.

UNRWA has been a scandal-ridden organization. The agency has been accused of multiple instances of aiding the terror group Hamas.

Over the past year, the Trudeau Liberals have committed upwards to $90 million to the UNRWA.

During a House of Commons exchange between Conservative MP Marty Morantz and Trudeau on Monday, the opposition member criticized the prime minister for not doing enough to stand up to anti-Semitism.

“The prime minister just said a moment ago that he’d stand up [against] anti-Semitism whenever and wherever it occurs. Well, here it is – stand up to it!” Morantz said.

“The fact of the matter is that $90 million in taxpayers dollars are used to fund UNRWA’s indoctrination of children by inciting violence towards Jews.”

In response, Prime Minister Trudeau claimed that “continued presence in UNRWA continues to ensure that the materials and the funds that are vehicled to the Palestinians” have the necessary oversight.

In 2018, US President Trump cut nearly $300 million in planned funding for UNRWA after finding the operation “irredeemably flawed.”