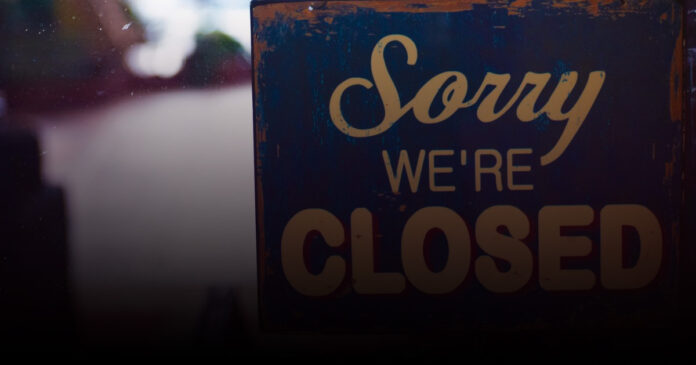 The House of Commons Standing Committee on Finance was presented with new data on Thursday that shows just how much government-mandated lockdowns have affected Canadian businesses.

According to the President and CEO of the Canadian Federation for Independent Business (CFIB) Dan Kelly, 70% of small business owners have taken on debt due to COVID-19, with the average debt per business now reaching almost $170,000.

“This started out as a health care emergency and quickly morphed into an economic emergency,” Kelly told the committee.

Moreover, one in six independent businesses in Canada is at significant risk of closing.

“That means that there could be 181,000 fewer small businesses – independently owned and operated businesses – across the country…businesses that go bankrupt or wind down permanently directly attributable to COVID,” said Kelly.

This would be on top of the 60,000 businesses that have already gone bankrupt since March 2020.

As we approach the one-year mark since the pandemic was declared, only 51% of businesses are fully open across the country, and only 25% are seeing normal or better revenues when compared to previous years.

“Our industry lost more jobs in the first six weeks of the pandemic than the entire Canadian economy lost during the 08/09 recession,” said van den Berg.

When compared to February 2020, there are currently 380,000 fewer workers in the food service sector.

van den Berg recommended that the Canada Emergency Wage Subsidy be extended through April 1, 2022. Similarly, Dan Kelly advocated for businesses to be provided with financial support until the government fully opens the economy, including opening the border.

“Really, the sign that government can start to stage back from subsidies is when governments themselves, federal and provincial, can stop telling Canadians to stay at home.”

Kelly noted that businesses are only surviving because of subsidies: of CFIB members, 65% took advantage of the CEBA program (interest-free loans of up to $40,000); 59% took the wage subsidy, 28% received either CERB or its successor CRB; and 26% received rent support.

“We all hope one day we can replace subsidies with sales,” said Kelly.