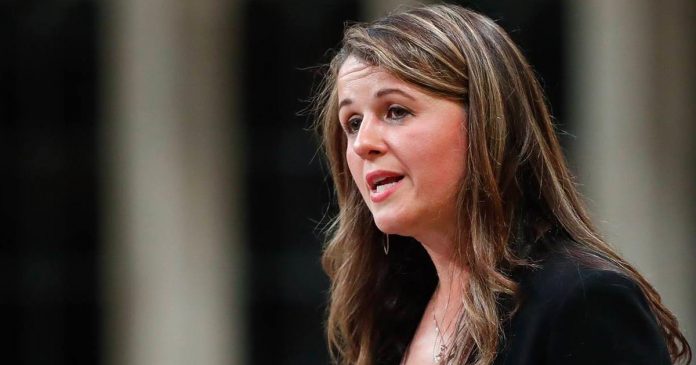 A Liberal MP’s private members’ bill hopes to push the federal government to undergo a study in implementing a guaranteed universal income in Canada.

Bill C-273 was introduced by MP Julie Dzerowicz earlier this week and according to her, she has the support of some members of the Liberal cabinet.

“I will tell you that I do know that there’s cabinet ministers that are very supportive of basic income,” Dzerowicz told the Huffington Post Canada.

The bill, otherwise known as the National Strategy for a Guaranteed Basic Income Act calls on the Minister of Finance to “develop a national strategy to assess implementation models for a guaranteed basic income program in Canada.”

Included in the proposed national strategy study is the directive to establish a Universal Basic Income pilot project in the provinces and to “create a framework of national standards to guide the implementation of a guaranteed basic income program in any province.”

The bill received its first reading in the House of Commons on Monday.

Prime Minister Justin Trudeau has indicated in the past that a guaranteed basic income isn’t currently on the Liberal government’s agenda. In December, Trudeau said during a virtual town hall that it was “not something that we see a path to moving forward with right now.”

According to a study by the Fraser Institute, the implementation of a guaranteed annual income could cost Canadian taxpayers up to $464.5 billion a year to maintain.

“If the federal government pursues a guaranteed annual income program, it will have to raise a staggering amount of revenue from taxpayers to pay for it,” said the author of the study Tegan Hill.

“In order for Canadians to consider this type of new government program, it’s important for them to understand the true costs and tax implications.”

Under the former Liberal government in Ontario, the province implemented its own basic income pilot in 2016.

The pilot was introduced in several regions including Hamilton, Brantford, Thunder Bay and other municipalities.

In total, approximately 4,000 people enrolled in the program before it was cancelled by Premier Doug Ford.

At the time, Ontario Social Services Minister Lisa MacLeod argued that the program failed to lift people out of poverty and alleviate the underlying social issues plaguing the poor.