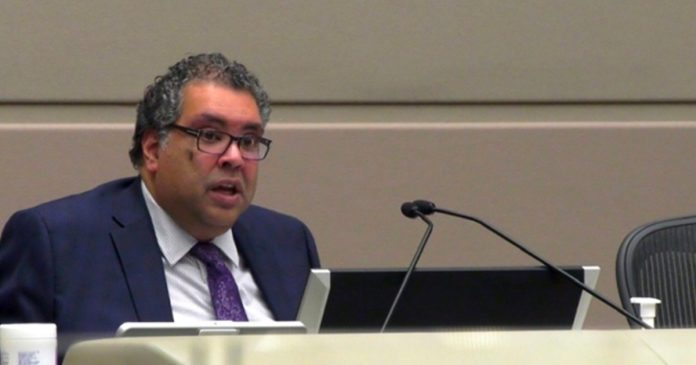 A committee tasked with developing Calgary’s anti-racism strategy is hoping to recruit two more members to add an “anti-racist feminism” perspective to the group.

The February 10 request was filed to be brought before Calgary’s Standing Policy Committee on Planning and Urban Development meeting this Monday.

“This report proposes an increase to the composition of the committee by the addition of two members who can bring expertise in an anti-racist feminist perspective,” writes the Anti-Racism Action Committee report.

“The Committee was established to be diverse, inclusive and a reflection of Calgary’s residents. The current composition of the committee is lacking representation from this sector of Calgary residents.”

“The recommended amendment to the Committee composition is sought by the Committee to better achieve this balance of perspectives.”

Upon its creation in October 2020, the committee was tasked with identifying “systemic barriers to accessing City of Calgary programs and services and recommend actions to address, and identify opportunities to work with community partners and organizations on actions to address structural racism on a community-wide level.”

According to the City of Calgary, committee members are appointed to the group on a purely volunteer basis and receive no financial compensation for their work.

During Monday’s meeting council members reacted to dueling weekend protests where some participants at an anti-lockdown rally lit tiki torches – a symbol associated with the 2017 white nationalist rally in Charlottesville, Va.

“It has been increasingly clear to me over the last several months that these marches that pretend they are about lifting the lockdown — there is no lockdown by the way, shops are open, schools are open, restaurants are open, people have the ability to go out and do many, many things that they normally would have done — have increasingly become forums for hatred, for white nationalist groups and others to attach themselves to this conversation, such that the original discussion is completely lost,” said Nenshi on Monday.