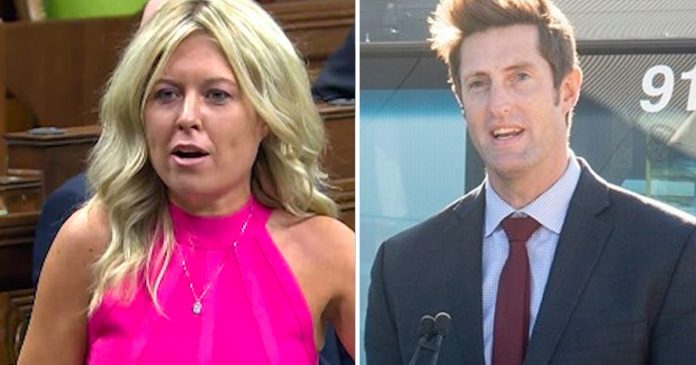 On February 27, Turnbull tweeted that Rempel Garner was “attempting to stoke fear into the public and contribute to ‘vaccine hesitancy’ around the newly approved AstraZeneca vaccine.”

Days later, Canada’s National Advisory Committee on Immunization (NACI) released a directive recommending people over the age of 65 to not use the vaccine due to “the insufficiency of evidence of efficacy in this age group at this time.”

“Efficacy in this age group will be updated as additional data becomes available from currently ongoing trials,” said Health Canada.

Rempel Garner called out Turnbull for the allegation following NACI’s announcement about the AstraZeneca vaccine.

“This Liberal MP (and others) sh*tposted me for doing my job when I was clearly in the right to do so. His constituents will be glad I did my job, but probably less so over his sh*tposting. He should do his job and get his boss to fix this,” tweeted Rempel Garner.

Critics have accused the Liberal government of botching Canada’s vaccination effort as the country falls behind other nations to vaccinate its population.

According to Government of Canada data, only 2.86% of Canadians have received at least one dose of a coronavirus vaccine. In comparison to other countries, Canada is 43rd when it comes to doses administered per 100 people.

Canada currently sits behind Croatia, Romania and Barbados when it comes to vaccinations.