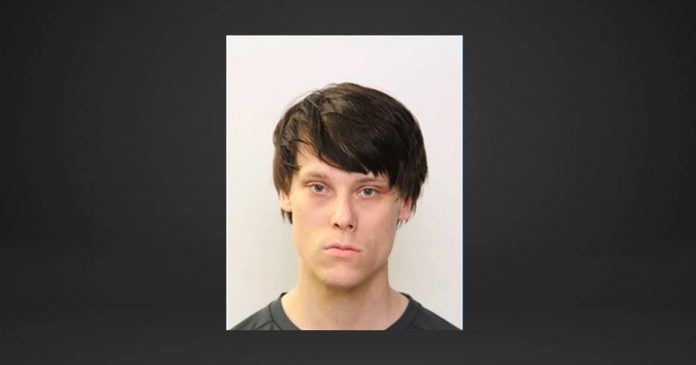 Police in Edmonton are warning the public to stay vigilant after a convicted child sex offender has been released for the third time in six years.

Earlier this week, police announced that Cyle Larsen, 29, was being released in Edmonton on probation. Police say the serial child sex abuser is at risk of reoffending.

“Larsen is considered a child sex offender with pedophilic interests towards both male and female children. Larsen has a history of opportunistic offending against children known to him; and has shown he will groom and/or lure his victims if given the chance,” Edmonton Police Services wrote in a statement.

Larsen was first convicted for sexual interference of a six-year-old in 2008 and has reoffended additional times. Police made similar warnings when he was released in 2015 and 2018.

Regardless of Larsen’s risk to the community, the Corrections and Conditional Release Act states that all offenders must be considered for parole at some point in their sentence. The Correctional Service of Canada says that public safety was considered when granting Larsen a conditional release.

St. Albert-Edmonton MP Michael Cooper says the law needs to be strengthened to ensure that risky offenders like Larsen cannot get parole easily.

“It keeps happening because, unfortunately, our laws are not keeping dangerous criminals behind bars — that’s really the bottom line. It is a revolving door,” Cooper said.

“Unless you’re designated a dangerous offender or subject to a long-term supervision order, the fact is far too many individuals who are dangerous are let out onto the street.”

Cooper says that under the current laws, breaching parole is not an offence according to the Criminal Code. Changing the law and making better use of the dangerous offender designation would better keep criminals locked up.

“I am hearing a lot of frustration from the public who see this as a revolving door, and rightfully so. Any offender who targets a child is a threat to all children in our community, and it speaks to the need to strengthen our criminal justice system to hold these types of offenders accountable,” Cooper said.