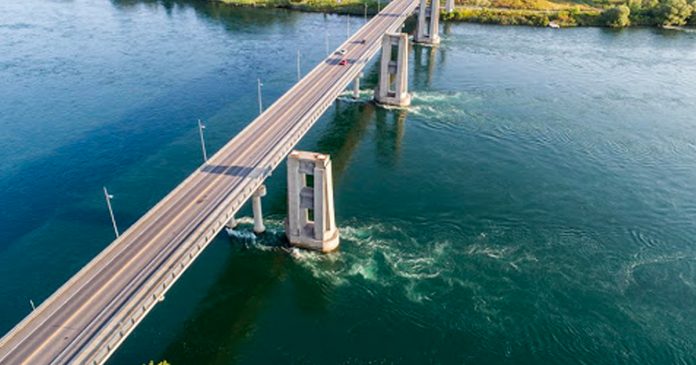 A $1.5 million project to maintain the Seaway International Bridge bordering New York and Ontario was slashed from a massive COVID-19 relief bill currently being debated in the US House of Representatives.

The earmarked funds were stripped from the legislation after House Republicans accused the ruling Democrats of trying to fill the sweeping bill with personal pet projects like the “Chuck Schumer Bridge” as the Republicans have deridingly named the proposal after the New York senate majority leader.

Meanwhile, New York Republican Rep. Elise Stefanik denounced the project which she called a “bad deal” and then went on to blame Schumer for politicizing the border crossing.

“$112 million for her pork subway project and a mere $1.2 million for the bridge in the North Country is a bad, bad deal.”

Initially, the spending was proposed by former transportation secretary Elaine Chao under the direction of former US president Donald Trump.

“We are adding all this money to the national debt, and they have a rescue package with most of the money being spent out far in the  future. That is why there was bipartisan opposition over in the House.  That is why aspects of the House bill are already dropping like flies before this thing even hits the Senate floor,” said McConnel during a Senate meeting.

“A pet project for the San Francisco Bay area is gone. Special upgrades for a bridge connecting New York to Canada, gone. Even CNN had to admit these were “controversial.” Senator Sanders’ far-left minimum wage policy that would have killed 1.4 million jobs just as we try to recover appears to be gone, too–at least for now.”

Despite the partisan turmoil, the bill is expected to pass the Democratic majority senate after both parties debate the legislation on Thursday afternoon.

Later this month on March 21, 2021, Canada will mark one year since it has closed its international border with the US to non-essential travellers.