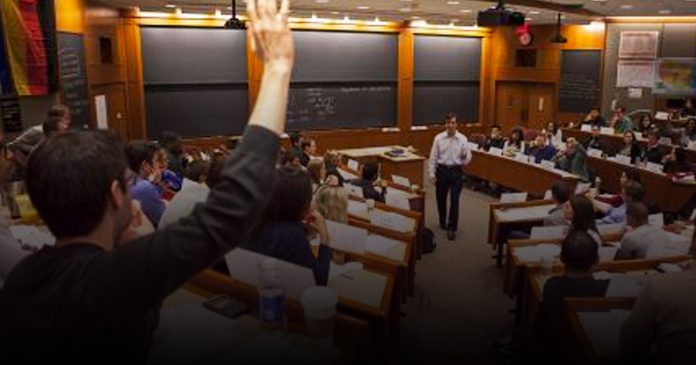 Forty-five percent of Canadian academics would not hire a Donald Trump supporter, and 72% wouldn’t feel comfortable dining with a colleague who thinks trans women shouldn’t be in women’s shelters.

These are some of University of London professor Eric Kaufmann’s findings from what is the largest survey-based study to date on cancel culture and political discrimination among professors and graduate students in Canada, Britain and the US.

Kaufmann’s study, “Academic Freedom in Crisis: Punishment, Political Discrimination, and Self-Censorship,” also reveals that among the social science and humanities academics surveyed from Canada’s top 40 universities, 73% identify as left-wing. A mere 4% call themselves right-wing. In the 1960s, there was about one conservative for every two leftists.

Of those faculty members that are conservative, approximately 6 in 10 allege they face a hostile climate in their department because of their beliefs. Only 9% of left-wing professors say the same thing. This means self-censorship is an everyday practice for most conservative academics: 70% of right-leaning American professors self-censor in teaching and research.

There is some slightly good news: 53% of Canadian academics say they prioritize freedom of speech over social justice. But at the same time, just as many Canadian social sciences and humanities academics support mandatory race and gender quotas for reading lists.

One of the implications of this leftist skew in academia is that conservatives self-select away from the profession: students may discontinue their academic career because they feel like they don’t fit in, and more right-leaning faculty members may retire early.

In the US, more than a third of conservative academics and PhD students have been threatened with disciplinary action for their views.

“Injustice and discimination are typically not experienced by the leftist political majority, making it possible to imagine there is no problem,” writes Kaufmann.

But now that the data is in, we no longer have to argue about whether the leftist bias in academia really exists, or whether conservatives are really facing political discrimination.

We can focus our attention on what we should do about it.