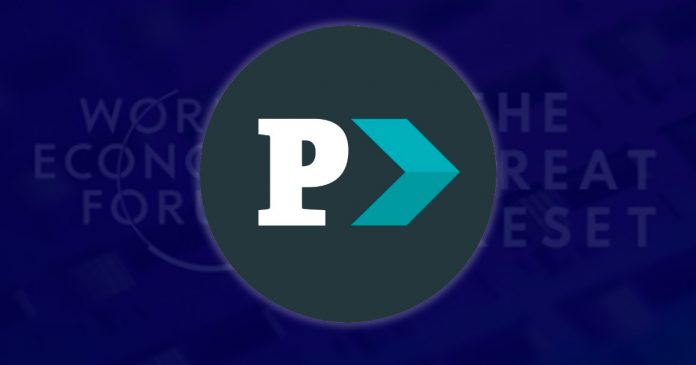 An inflammatory article condemning a recent conference used innuendo and half-truths to stifle public policy debate about the Great Reset.

PressProgress, a division of the Broadbent Institute and eponymous ‘source for progressive news and analysis’, published a nasty rant online targeted at a webinar “Pushing Back the Great Rest” organized by the Canada Strong and Free Network (CSFN), formerly the Manning Centre, and seven other organizations. Full disclosure, I am on its board and privileged to know the distinguished speakers.

The sponsors were characterized as “teaming up to promote a conspiracy theory popular on the far-right online fringes of the Internet.” The article also referenced the Anti-Defamation League’s comment about a conspiracy circulating in dark corners of the Internet, “with neo-Nazis using Great Reset rhetoric to express ‘anti-Semitic sentiments’ and baselessly ‘accuse Jews of orchestrating the plot.’” What vile bigots are spewing on social media has nothing to do with the CSFN or any of its board members. Nevertheless, by referencing that hateful rhetoric the article may have intimidated conference participants, a tactic antithetical to a tolerant society. (Broadbent subsequently removed the online article, but posted tweets about it.)

During a time of resurgent domestic and global anti-Semitism I feel obliged to defend friends and colleagues from false associations with that bigotry for three important reasons. Sly insinuations undermine the battle against the world’s oldest hatred. Decent people should be supported when subject to scurrilous and mendacious innuendo. The political and ideological motivation needs to be exposed and countered.

Tragically, more than three-quarters of a century after the holocaust, a new anti-Semitism with ancient roots has resurfaced from a cesspool of hatred. In 2019, there were 2,206 reported anti-Jewish incidents in Canada, up 8%, with violent incidents up 27%. The Jewish community remained the most targeted religious minority. Globally, an increase in the extent and virulence of anti-Semitism has put many communities at risk. For example, France reported a 74% rise in offences against Jews and Germany recorded a 60% surge in violent attacks.

The effort to counter this metastasizing prejudice is weakened by misleading narratives implicating honourable people who themselves abhor it. That almost no one ever pays a price for baseless intimations or outright accusations of racial and religious intolerance stultifies public discourse, emboldens would-be censors and disempowers their victims.

I am reluctant to exhume another noxious smear I excoriated in the Financial Post. However, it is relevant. Because some conservatives were critical of George Soros, VICE Magazine published a bizarre screed in February 2019 alleging anti-Semitic roots for Conservative attacks on foreign funding of opposition to Canada’s natural resources. However, you do not have to be an anti-Semite to harbour strong reservations about Soros who donated substantial funds to block the development of the Canadian oil sands and pipeline construction. Unfortunately for the author, the inconvenient fact of my religious heritage undermined his credibility when he put me first in line of the guilty. Needless to say, the Conservative Party’s uncompromising rejection of anti-Semitism, principled support of Israel and opposition to the Boycott, Divestment and Sanctions movement (supported by some left-wing militants) merited no mention.

Paradoxically, progressives who label the Reset a conspiracy also claim it is a worthy and indeed inevitable transformation of the political economy. True to form, PressProgress cites a BBC fact-check that claims groups believe “a cabal of global leaders is using the pandemic to introduce a range of damaging socialist and environmental policies.” In fact, highly prominent individuals, not a secret political clique, are explicit in their writings and public statements about opportunistically exploiting the pandemic to advance big government and green policies. They include Klaus Schwab, Executive Chairman of the World Economic Forumwho co-wrote a book on the subject, Prince Charles, Mark Carney, former governor of the Bank of Canada and Bank of England, President Biden and Prime Minister Trudeau.

It does not matter whether you call it the Great Reset or its kissing cousins Build Back Better, democratic socialism, the Green New Deal or Modern Monetary Theory. Federal Liberals are hell-bent to enlarge the public sector, implement stakeholder capitalism, oppose fossil fuel development and impose potentially brutal taxes hikes. Momentum is also strong among powerful international organizations, including the U.N., to push political economies to the left.

Insinuations of prejudice should not be allowed to stifle criticism of a Great Reset that poses significant risk to the free enterprise system and economic growth. That means that accusers should be called out for their falsehoods and intolerance of opinions that deviate from progressive dogma. Otherwise, we leave the field open to a dystopian future. 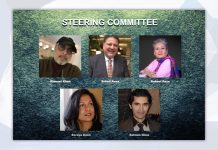