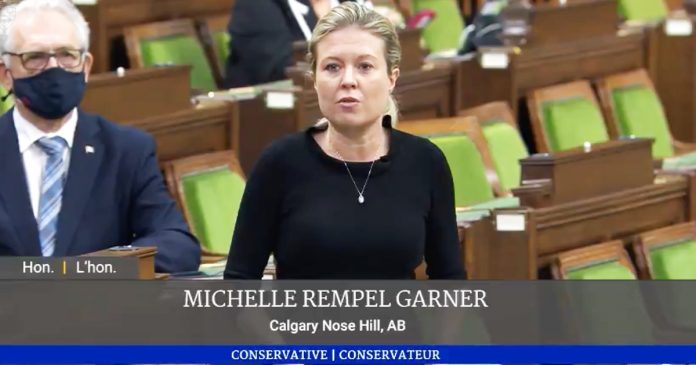 Conservative Party MP Michelle Rempel Garner presented the largest petition in parliamentary history before the House of Commons on Thursday.

Petition e-2574 calls on the federal government to immediately end its gun ban and pass new laws that target criminals instead of legal gun owners.

“We, the undersigned, citizens of Canada, call upon the Prime Minister to immediately scrap his government’s May 1, 2020, Order in Council decision related to confiscating legally owned firearms and instead pass legislation that will target criminals, stop the smuggling of firearms into Canada, go after those who illegally acquire firearms, and apologize to legal firearms owners in Canada,” reads the petition.

“Today I have the honour of rising and presenting e-Petition 2574, which is the largest parliamentary petition in Canadian history. Over 230,000 Canadians have signed a petition to stop firearms violence in Canada. This petition acknowledges that firearms violence in Canada is caused by firearms that are smuggled in illegally from countries like the United States and are related to gun violence,” said Rempel Garner.

“The petition calls upon the government to recognize that law-abiding firearms owners in Canada, hunters, sports shooters, are some of the highly vetted Canadians in the world and that the vast majority of data shows that they are not the problem when it comes to firearms violence and they are opposed to this government’s do-nothing approach on tackling this issue.”

In 2020, the Trudeau government issued an Order in Council to ban over 1,500 different types of rifles. The decision effectively bypassed any democratic debate in the House of Commons.

Last month, the Liberals expanded their overreaching gun legislation to even include replicas of any guns included in the sweeping ban.

“Update the criminal code to ensure that any device, including an unregulated airgun that looks exactly like a conventional regulated firearm (i.e., shoots over 500 feet per second), is prohibited for the purposes of import, export, sale and transfer,” read Bill C-21.

For an in-depth look into Canada’s fight for legal firearm rights, tune into True North’s new documentary series Assaulted: Justin Trudeau’s War on Gun Owners. The series, which is hosted and produced by Andrew Lawton, seeks to look beyond the politics into how the everyday lives of law-abiding Canadians are impacted by the Liberal government’s crackdown on their rights.