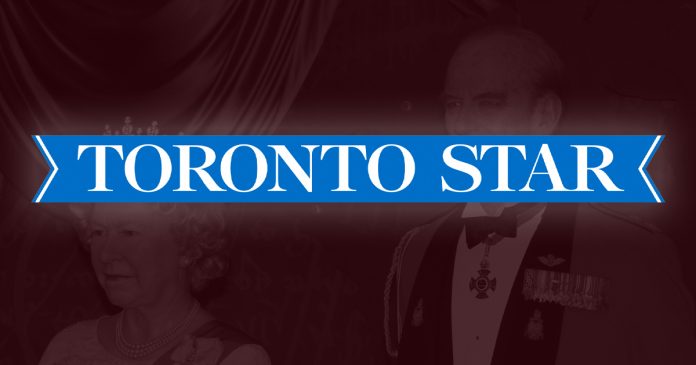 Toronto Star Producer and podcast host Saba Eitizaz implied in a tweet on Thursday that the British Royal Family “invented” racism and colonialism.

Eitizaz, who appears on the publication’s daily podcast “This Matters” made the comment in response to a retweet of a statement made by Prince William earlier today.

In the tweet, Prince William claims that the Royals are “not a racist family” following allegations made by Meghan Markle and Prince Harry during an Oprah Winfrey interview earlier this week.

True North reached out to Eitizaz to receive clarification on her remarks.

“My tweet was a satirical comment about the history of colonialism and colonization of more than half the world at a point in history – and its roots within the British monarchy,” said Eitizaz.

During her interview with Oprah, Markle alleged that an unnamed member of the Royal Family had inquired about the skin tone of her and Prince Harry’s son Archie when the couple was expecting the baby.

The allegations have since set off a flurry of negative media attention around the Royals forcing Queen Elizabeth II to issue a statement on the matter.

In her statement, the Queen claimed that she was saddened by Meghan and Harry’s experiences and promised to privately discuss the matter with them.

“The issues raised, particularly that of race, are concerning. Whilst some recollections may vary, they are taken very seriously and will be addressed by the family privately. Harry, Meghan and Archie will always be much loved family members,” a statement on behalf of the Queen read.

The Toronto Star is beneficiary of the federal media bailout. According to a 2019 report by Blacklock’s Reporter, the Toronto Star was raking in $115, 385 a week in the form of benefits and credits from the Liberal government.

Despite the flow of federal funds, the publication was forced to axe dozens of its employees and halt publication of StarMetro newspapers across the country.

Most recently, the company announced it would be launching an online casino to help fund its journalism due to declining revenues.