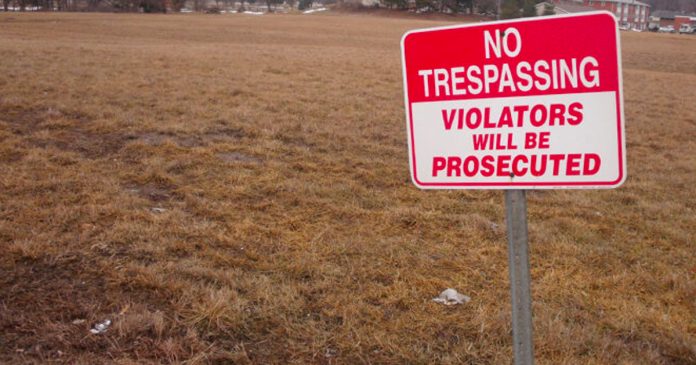 The Government of Manitoba hopes that new legislation currently before the legislature will help clamp down on rural crime.

One of the two bills seeks to protect farmers by requiring consent for anyone hoping to enter a “biosecurity zone” like a farm or a container transporting animals.

According to Agriculture Minister Blaine Pedersen, the law is aimed at preventing unauthorized entrances of animal rights activists.

“That’s part of it. Obviously, if people are entering a facility unauthorized and posing a danger to … the safety and biosecurity, this is what’s really looking to address that,” said Pedersen.

“It is not specifically for (activists), but it does cover that element.”

The bill hopes to amend the government’s Petty Trespasses Act , the Occupiers Liability Act and the Animal Diseases Act.

“These amendments address concerns we have heard regarding rural crime, including trespassing,” said Pedersen.

“Farms are not only places of business; they are homes where children and families also reside. Trespassing can expose farms and food production facilities to biosecurity risks that could spread disease, and may cause injury and stress to farm animals.”

Rural communities in Manitoba have been advocating for more action on rural crime for some time now. In November 2020, the Association of Manitoba Municipalities (AMM) passed a resolution at their 22nd annual convention to “lobby the Province of Manitoba and Government of Canada to implement more robust and effective strategies to reduce rural crime and to enact timely, meaningful and stiffer penalties against those who commit crimes or profit from them.”