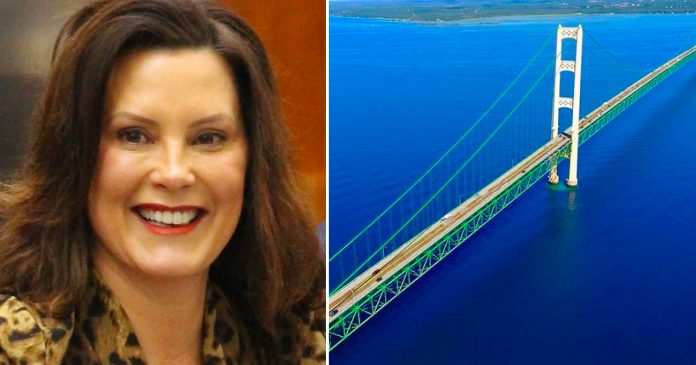 Michigan’s Governor Gretchen Whitmer recently refused to meet with Canada’s Ambassador to the US Kristen Hillman over an ongoing dispute centred on the cross-border Enbridge Line 5 pipeline.

At the heart of the dispute is a decision by Gov. Whitmer to revoke an easement on the pipeline giving it permission to enter the state from Western Canada citing environmental concerns. While operating, Line 5 carries 540,000 barrels of oil and other resources between Sarnia, Ontario and Superior, Wisconsin.

Parliamentarians at the Special Committee on the Economic Relationships between Canada and the US were told on Tuesday by the Executive VP and President of Enbridge Inc. Liquid Pipelines Vern Yu that the governor had snubbed the ambassadors’ repeated efforts for dialogue.

“There’s one thing that I did read from Ambassador Hillman who’s been trying to negotiate and she was in discussion between Michigan and the governor and she said her discussions had broken down, can you shed any light on that?” asked Conservative MP and committee member Marilyn Gladu.

“I believe Ambassador Hillman had tried to open a channel for dialogue with the governor and I believe my understanding is that the governor was not open to having any dialogue,” Yu replied.

Earlier in March, Liberal Minister of Natural Resources Seamus O’Regan told the committee that his government will fight for the project considering the potential devastating energy impacts to both Canada and the US should the pipeline be cancelled.

“We are fighting for Line 5 on every front and we are confident in that fight. The operation of Line 5 is non negotiable,” said O’Regan at the time.

Following US President Joe Biden’s decision to revoke permits for the Keystone XL pipeline earlier this year, critics have accused the federal government of not doing enough to stand up for Canadian energy.

Since the cancellation, Alberta Premier Jason Kenney has urged the federal government to level retaliatory tariffs against the US government in the same way they had done so during the dispute over aluminum with former president Donald Trump.

On the impact of a closure to the pipeline, Yu warned that the pipeline’s cancellation could actually harm the environment further through increased shipping and that it would impact the price of goods for both countries.

“The stakes could not be higher,” said Yu.

“Line 5 is not just a pipeline, it’s an economic lifeline for both Canada and the US. A disruption would impede the energy that’s needed to run our economies, it would cause energy shortages and significantly impact the price of gasoline, diesel, propane, jet fuel, plastics and chemicals. Closure threatens thousands of good paying jobs across both countries.”